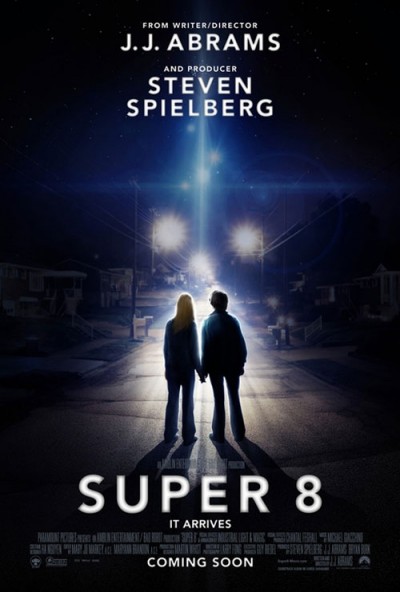 This weekend, Connor and I received advanced screening passes for Super 8. This Steven Spielberg film is definitely a “must see”. The movie is based out of a small town in Ohio back in 1979. The main character, Joe Lamb, is a boy who finds himself without a mother, and alone with his emotionally devastated father due to an accident at the local factory. To escape his grief, Joe focuses all his attention on helping his friends make zombie movies. Late one night, while filming, they accidentally capture a terrifying train accident on Super 8 mm film. Something escapes from the train and begins to change the world around this small town, along with everyone’s perception of reality. 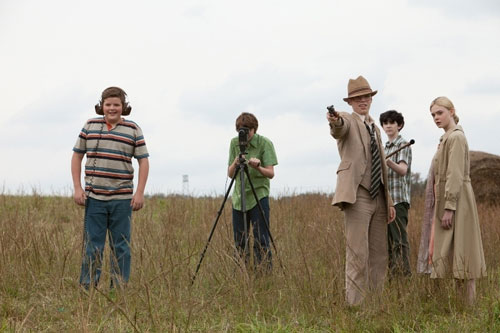 This film does a great job of capturing one of the moments in life where a father and son just can’t seem to relate, but become closer in the end. I was also charmed by the young cast and their love for film making. The film got this “right” with their passion and creative detail. There is no lack of thrill, action or adventure and you will find yourself on the edge of your seat. I can honestly say I was reluctant to take my 9-year-old to see this due to it being a little “scary” and he did practically crawl in my lap a few times, but it also had so much that he could relate to and we both teared up quite a few times as well. One of the best lines of the movie spoken by Joe, the main character was, “Bad things happen to everyone, but you still have the right to live”.

We definitely walked away from this movie feeling moved, inspired and thankful to have all those special people we love, in our lives. Connor and I both highly recommend this movie. “THUMBS UP”.