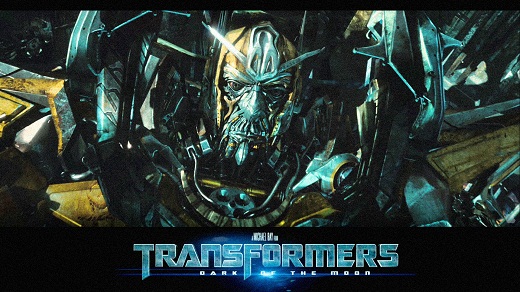 HOLLYWOOD, CA (June 27, 2011) – Paramount Pictures has teamed with Yahoo! Movies (movies.yahoo.com), the leading website for movie trailers, news and information, to present the TRANSFORMERS: DARK OF THE MOON movie premiere live from New York City. The live red carpet event will begin airing online, June 28, at 5:30 p.m. EST. Fans can watch together and share across their social networks, as the red carpet event is streamed free at yhoo.it/transformerspremiere. Fans can get the chance to see some of their favorite celebrities, including the film’s director Michael Bay and stars Shia LaBeouf, Josh Duhamel, John Turturro, Tyrese Gibson, Rosie Huntington-Whiteley, Patrick Dempsey, Kevin Dunn, Julie White, Frances McDormand and Ken Jeong. After watching the live red carpet, fans can head to theaters as the movie opens exclusively in 3D at 9 p.m. on June 28th and everywhere beginning at midnight on June 29th.

Fans tuning in from different time zones around the globe will also have an opportunity to experience the event highlights throughout the following day, subsequent to the U.S. premiere on movies.yahoo.com.

To share this exclusive Transformers event with your friends, see the attached embed code or visit yhoo.it/transformerspremiere for more options.

TRANSFORMERS: DARK OF THE MOON is directed by Michael Bay, written by Ehren Kruger and produced by Don Murphy & Tom DeSanto, Lorenzo di Bonaventura and Ian Bryce. The executive producers are Steven Spielberg, Michael Bay, Brian Goldner and Mark Vahradian. When a mysterious event from Earth’s past erupts into the present day it threatens to bring a war to Earth so big that the Transformers alone will not be able to save us. The movie stars Shia LaBeouf, Josh Duhamel, John Turturro, Tyrese Gibson, Rosie Huntington-Whiteley, Patrick Dempsey, Kevin Dunn, Julie White with John Malkovich and Frances McDormand. It will be released by Paramount Pictures worldwide on June 29th. © 2011 Paramount Pictures Corporation. All Rights Reserved.

HASBRO, TRANSFORMERS and all related characters are trademarks of Hasbro.

For more information, go to www.TransformersMovie.com

1 reply on “Transformers: Dark of the Moon – Red Carpet Premiere”

I am really happy to read this blog posts which includes
tons of useful information, thanks for providing these statistics.