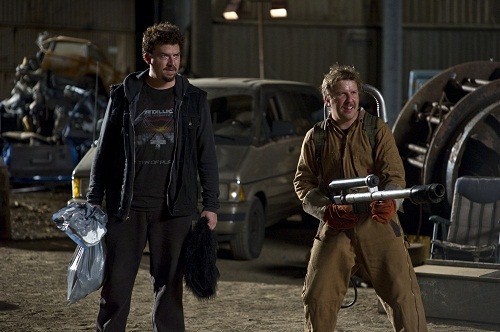 30 Minutes or Less is about 2 slacker guys (Danny McBride and Nick Swardson) that need money fast. What better way to get fast cash, than to rob a bank? They don’t want to get caught, so they figure the best way is to force someone rob the bank for them. 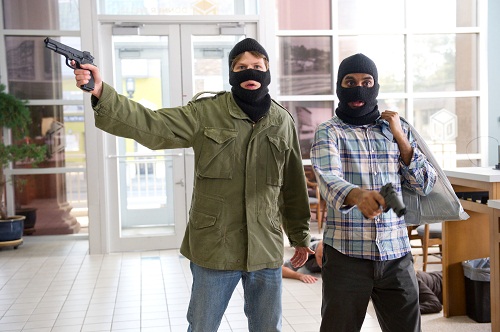 They order a pizza and kidnap, Nick (Jesse Eisenberg), the pizza delivery guy. They tie strap a bomb to his chest and force him to rob a bank or else they’ll blow him up. Nick, scared out of his mind, goes to his best friend, Chet (Aziz Ansari), for help. He agrees to help him rob the bank. 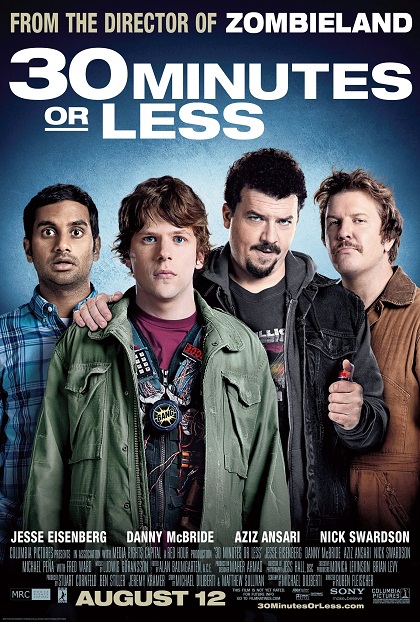 30 Minutes or Less has it’s ups and downs. There are several parts of this movie where it seems they’re just trying to be raunchy to be raunchy. But, it’s not always clever or funny. On the other hand, we do get to see Bianca Kajlich from tv’s “Rules of Engadgement” playing a money loving stripper.

It’s from the producer of Zombieland, Ruben Fleischer, but it’s definitely not as good. This is a decent Sunday afternoon movie to watch on Netflix, but it’s not worth your time to rush out to see it in the theater. However, there are some laughs there. 2.5 out of 5.