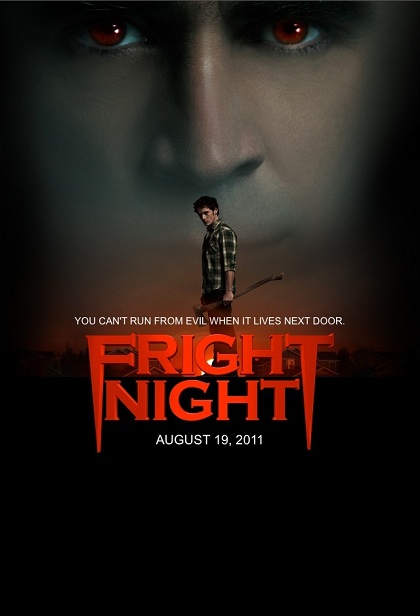 Time for another remake. Twenty Six years ago, the movie, Fright Night was released. And today, the remake is released. I know I saw the original at one time in my life, but don’t really remember the premise. It’s for this reason, I’m going to be reviewing the movie with no comparisons to the original. 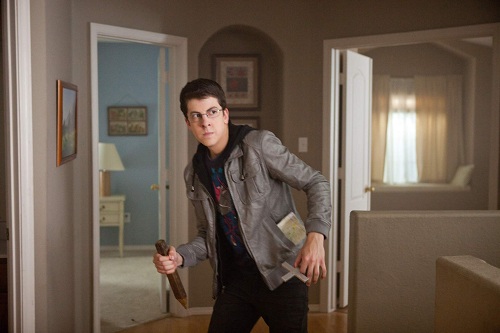 Fright Night is about a teenager named Charley (Anton Yelchin) who has a strange neighbor, Jerry (Colin Farrell), that moved next door to him and his mother (Toni Collette). His geeky friend (Christopher Mintz-Plasse) tries to convince him that his neighbor is a vampire. Unfortunately, he doesn’t believe him until it’s too late. Jerry the vampire is on a feeding frenzy in the neighborhood. Can Charley stop him from coming after him, his mom & his girlfriend?

Along the way, they stop by a vampire “expert”, who performs in Vegas. Almost everything about him is fake, except for his vast knowledge of Vampires. Plus his huge collection of vampire paraphernalia. He is able to help them learn how to stop a vampire. 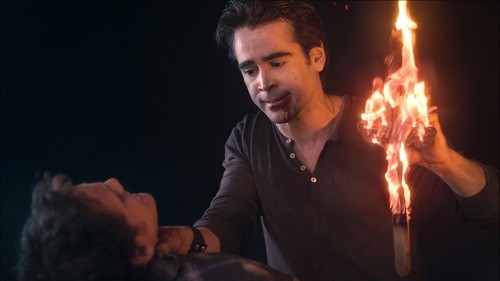 This movie is a refreshing take on vampires. No emo vampires or love affairs. cough..twilight..cough. Just a vampire wanting blood. So, he wants to feed on as many as he can. The movie was good, except for a few strange pauses and slow spots in dialog. In fact, I feel they could have easily cut out a little dialog. Other than that, it was a great “slasher” film. As far as the 3D goes, it was actually pretty decent with this movie. There were several spots where they took advantage of the 3D, like when blood was squirting or ashes were flying. It’s not necessary, but it did add to the movie. I recommend this for all fans of the slasher genre. 3.5 out of 5