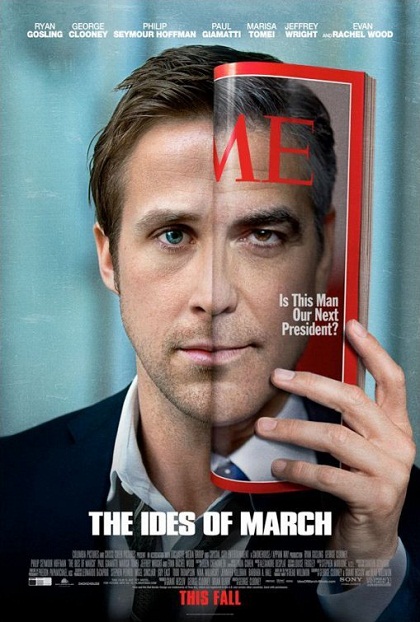 This film has a very solid cast of actors including: Ryan Gosling, George Clooney, Philip Seymour Hoffman, Paul Giamatti, Marisa Tomei, Evan Rachel Wood, and Jeffrey Wright. This movie is also the fourth film directed by George Clooney and his best so far in my opinion! 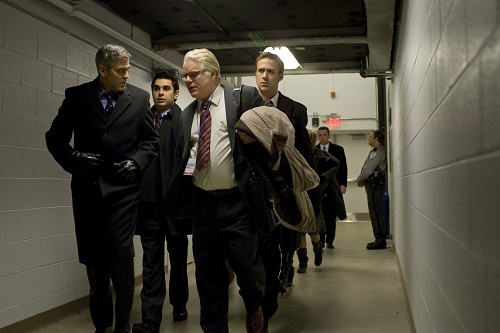 The Ides of March is a film about dirty politics and the lengths that people will go to in order to win an election, especially one that could lead to a United States Presidential nomination. Governor Mike Morris (George Clooney), and his campaign team are doing everything in their power to keep his lead to win the Ohio Democratic primary. Morris’s campaign manager Paul Zara (Philip Seymour Hoffman) has a “do whatever it takes to win” type attitude, while Morris’s campaign press spokesperson Steven Myers (Ryan Gosling) has a more ethical and moral approach to the campaign, or so we think. Morris and his campaign team are trying to get through the few days before the Ohio Democratic Primary, when Myers starts finding himself in some situations that make him question his beliefs and goals for his career in politics. He uncovers some information and secrets about the Governor that make him start to evaluate where his loyalties lie and who he can trust in the dark and bitter world of politics. Marisa Tomei plays a New York Times reporter that is both a friend and enemy to Morris’s campaign team. Jeffrey Wright is the senator that Governor Morris needs to endorse his campaign if he wants to win this nomination. Paul Giamatti plays the rival campaign manager trying to convince Meyers to come work for his campaign team. The only thing else this movie needed to be true to the political arena was a gorgeous and scandalous intern role which Clooney cast Evan Rachel Wood to play. 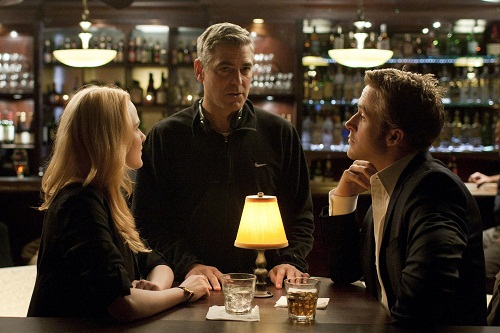 This movie takes a good look at life behind the scenes of a political campaign. I think this was an excellent movie and definitely worth seeing. The plot took many turns and was filled with suspense, drama, and at times humor. It was a modern take on the dark, cynical, and scandal filled world of politics and media manipulation. The ending of this movie will definitely leave you speechless and guessing.
4 out of 5