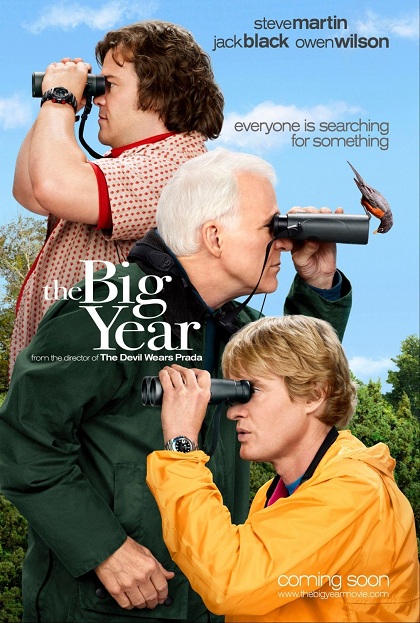 “Flying” into a theater this week is the movie Big Year. The cast will be sure to impress with names like Steve Martin, Owen Wilson, and Jack Black.

Three men in different stages of their life decide that this year is “the big year.” They each go on a quest to become the record holder for seeing the most species of bird. After finding out that the other birders have their eyes set on the same goal, the competition quickly takes its toll on their personal lives. Stu (Steve Martin) relinquishes the reigns to his own corporation during a time of upheaval. Brad (Jack Black) pursues this dream at the cost of enormous debt and possible job loss. Bostick (Owen Wilson) casts away his wife and having children in order to claim the prize.

This story of personal competition shows how sometimes the actual prize can be what one discovers along the journey. And unfortunately for some, they realize that they lost a great deal more in the pursuit than what they gained by victory. 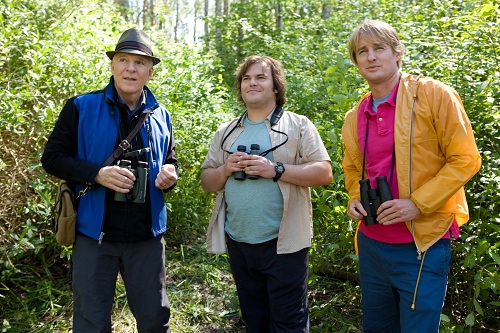 I give this movie 2 slabs of bacon. I went into the movie prepared to see a very funny comedy after hearing the list of actors. The cast was not a disappointment however the storyline was nothing that spectacular. I look forward to this one “migrating” to the video store after a very short stint in the theater.