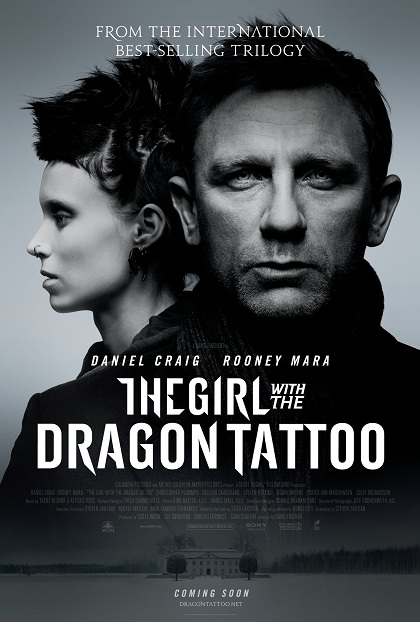 In short, The Girl with the Dragon Tattoo tells the story of two researchers that come from very different walks of life, who after a series of strange and surprising events, come to work with one another on a single project. They develop a working relationship, with benefits, and end up solving a mystery that has haunted a wealthy, dis-functional family for decades.

From my perspective, as a viewer who had not read the novels, coming into the movie with very little knowledge of it’s storyline or plot, I found it to be very entertaining, but at the same time I don’t believe it lived fully up to it’s hype. 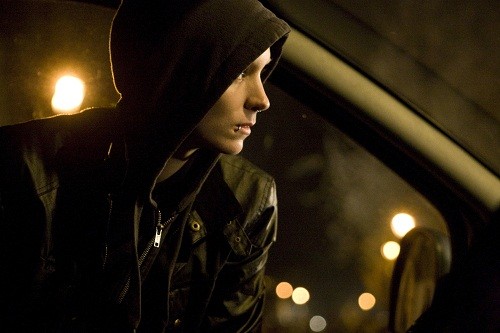 The Girl with the Dragon Tattoo, Lisbeth Salander, is a short, but well spoken, no nonsense bi-sexual hacker who lives her life the way she wants, answering to no one. Rooney Mara plays the role very well. Coming from a dysfunctional seemingly abusive past Lisbeth solves problems and seeks revenge throughout the move in her own inventive ways.

Mikael Blomkvist, played by Daniel Craig, on the other hand is a old school research journalist and editor of a magazine who uses a more methodical detail oriented approach to his research. In the begining of the movie, he is faced with a major professional problem of his own that Lisabeth eventually helps him overcome in the end. 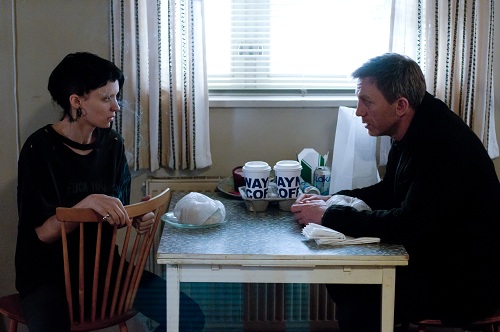 While the storyline is good and kept me interested the whole time, the suspense is nothing that kept me on the edge of my seat. More than the main story itself, I think it was the interaction between the Lisabeth and Mikael and the other people in the movie that makes the story as interesting as it is. Still I would say, waiting for release on DVD maybe the best bet for most people. Overall, I would give it 4 out of 5 slices of bacon.

For those that will still venture out to see the movie in theaters, you will be entertained, but will probably not call it your favorite move of all time. Also, be cautioned as there is a lot of sexual violence. If I had young teenagers I would not recommend it.

1 reply on “The Girl with The Dragon Tattoo – Review”

[…] Journalist Mikael Blomkvist is aided in his search for a woman who has been missing for forty years by Lisbeth Salander, a young computer hacker. Film Bacon’s Review […]