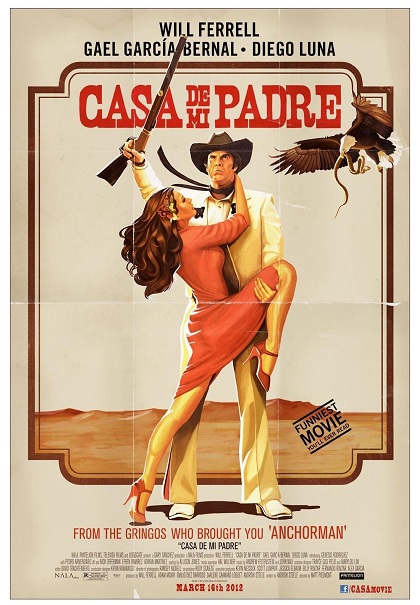 Armando Alvarez (Will Ferrell) has lived and worked on his father’s ranch in Mexico his entire life. As the ranch faces financial strains, Armando’s younger brother Raul (Diego Luna) shows up with his new fiancee, Sonia (Genesis Rodriguez) and pledges to settle all his father’s debts. It seems that Raul’s success as an international businessman means the ranch’s troubles are over, but when Armando falls for Sonia, and Raul’s business dealings turn out to be less than legit, the Alvarez family finds themselves in a full-out war with Mexico’s most feared drug lord, the mighty Onza
In theaters: March 16th

A happily married family man’s quiet life is turned upside-down when his wife is brutally attacked one night while leaving work. The husband unwittingly pulls himself into a dangerous underground vigilante operation after agreeing to an intriguing offer for a stranger to exact vengeance on his wife’s attacker. While continuing to protect his wife from the truth, he quickly discovers that his quest for justice could lead to frightening and deadly consequences.
In theaters: March 16th, 2012

Jeff Who Lives at Home

On his way to the store to buy wood glue, Jeff looks for signs from the universe to determine his path. However, a series of comedic and unexpected events leads him to cross paths with his family in the strangest of locations and circumstances. Jeff just may find the meaning of his life… and if he’s lucky, pick up the wood glue as well.
In theaters: March 16th