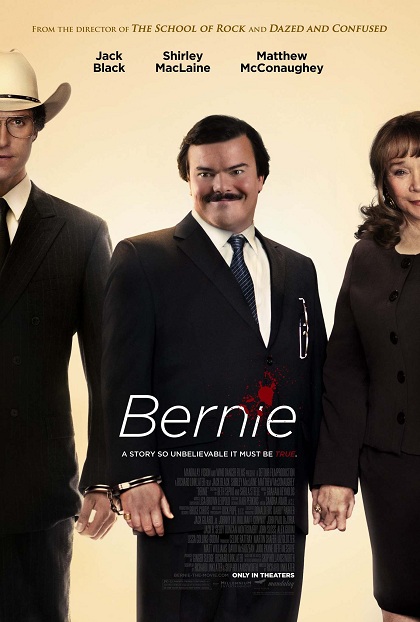 In small-town Texas, the local mortician strikes up a friendship with a wealthy widow, though when he kills her, he goes to great lengths to create the illusion that she’s alive
In theaters: April 27th, 2012

Marvel Studios presents in association with Paramount Pictures “Marvel’s The Avengers”–the Super Hero team up of a lifetime, featuring iconic Marvel Super Heroes Iron Man, The Incredible Hulk, Thor, Captain America, Hawkeye and Black Widow. When an unexpected enemy emerges that threatens global safety and security, Nick Fury, Director of the international peacekeeping agency known as S.H.I.E.L.D., finds himself in need of a team to pull the world back from the brink of disaster.
In theaters: May 4th, 2012

Touchback
A man looks back 15 years to the injury that ended his career as a promising high-school football player.
In theaters: April 13th, 2012

Universal Pictures and Illumination Entertainment’s worldwide blockbuster, Despicable Me, delighted audiences around the globe in 2010, grossing more than $540 million and becoming the 10th-biggest animated motion picture in U.S. history. In Summer 2013, get ready for more minion madness in Despicable Me 2. Chris Meledandri and his acclaimed filmmaking team create an all-new comedy animated adventure featuring the return of Gru (Steve Carell), the girls, the unpredictably hilarious minions…and a host of new and outrageously funny characters.
In theaters: July 3rd, 2013