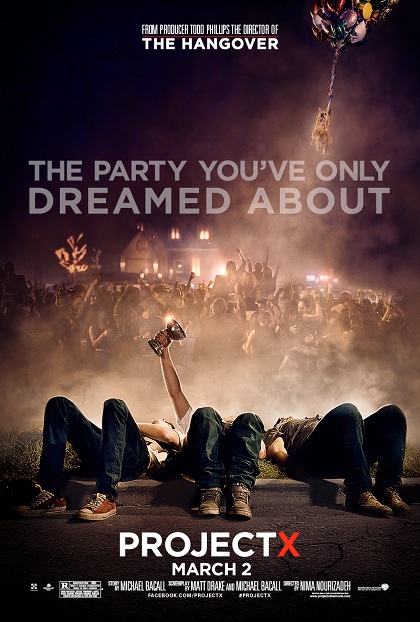 No, this is not a remake of the 80s movie with Matthew Broderick saving monkeys from the lab.

This movie is about 3 highschool friends; Thomas, Costa, JB & an awkward AV Club Cameraman, Dax. Dax records everything having to do with Thomas, Costa, & JB. He’s what we see, for this is another “found footage” movie. 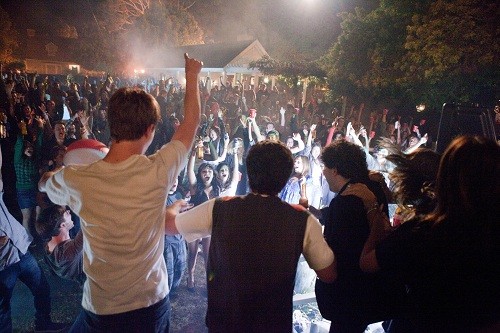 It’s Thomas’ birthday coming up on Saturday. Costa & JB plan to have the biggest party ever for him. Thomas’ parents are going out of town for the weekend, so they have the house now they just need people to go. Unfortunately, none of them are real popular in school. They want to have a party that makes a name for themselves, but “nothing over 50 people”.

Unfortunately, the party goes way past their expectations. There’s tons of girls that they never thought would come, and pretty much every kid in school. The party goes way out of control, just when you think that’s the end of the party, something else drastic comes along. 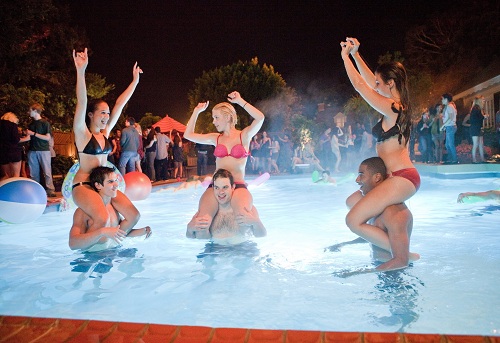 You know, I haven’t been a huge fan of the “found footage” movies. I’ve said this before. Most of those movies with that type camera angle are horror movies. Recently, with “Chronicle” and this movie, “Project X”, they’ve shot other genres in this style. I really don’t think it’s necessary.

This movie by itself is actually a pretty good movie, and for the most part, you feel like you’re right there in the party. It wasn’t the funniest movie out there, but It was a fun ride. I wasn’t expect to like this that much, but it was actually a really good movie.

[…] 3 high school seniors throw a birthday party to make a name for themselves. As the night progresses, things spiral out of control as word of the party spreads. Film Bacon’s Review […]