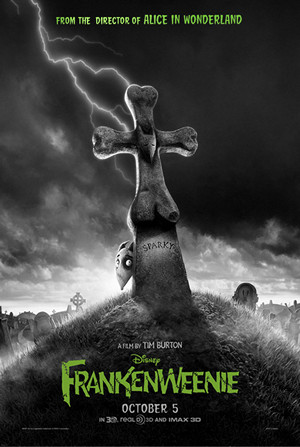 After the death of his beloved dog Sparky, young Victor harnesses the power of science to bring him back to life. Victor tries to hide his creation, but Sparky gets out and causes havoc in the town.
In theaters: October 5th, 2012

The film follows a man (Adam Sandler) who, as a teenager, fathered a son (Andy Samberg) in high school with his teacher. Years later, the man visits his son on the eve of his son’s wedding and begins feuding with his son’s bride.
In theaters: June 15th, 2012

The Bully Project is a beautifully cinematic, character-driven documentary. At its heart are those with huge stakes in this issue whose stories each represent a different facet of Americas bullying crisis. The Bully Project follows five kids and families over the course of a school year. Stories include two families who have lost children to suicide and a mother awaiting the fate of her 14-year-old daughter who has been incarcerated after bringing a gun on her school bus. With an intimate glimpse into homes, classrooms, cafeterias and principals offices, the film offers insight into the often cruel world of the lives of bullied children. As teachers, administrators, kids and parents struggle to find answers, The Bully Project examines the dire consequences of bullying through the testimony of strong and courageous youth.
In theaters: March 30th, 2012

Decorated Vietnam hero Frank Vega returns home only to get shunned by society leaving him without a job or his high school sweetheart. It’s not until forty years later when an incident on a commuter bus (where he protects an elderly black man from a pair of skin heads) makes him a local hero where he’s suddenly celebrated once again. But his good fortune suddenly turns for the worse when his best friend Klondike is murdered and the police aren’t doing anything about it.
In theaters: April 13th, 2012

Scrat’s nutty pursuit of the cursed acorn, which he’s been after since the dawn of time, has world-changing consequences – a continental cataclysm that triggers the greatest adventure of all for Manny, Diego and Sid. In the wake of these upheavals, Sid reunites with his cantankerous Granny, and the herd encounters a ragtag menagerie of seafaring pirates determined to stop them from returning home.
In theaters: July 13th, 2012