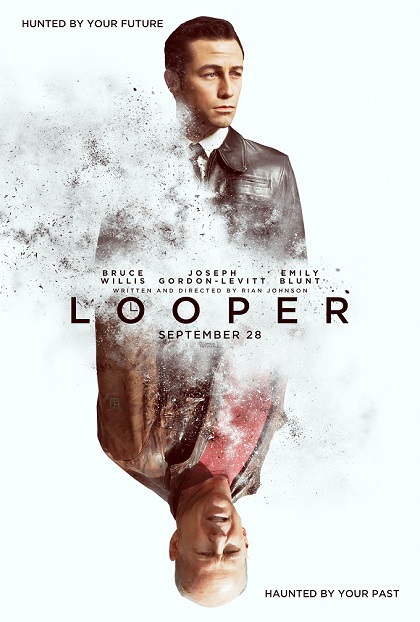 In the futuristic action thriller Looper, time travel will be invented – but it will be illegal and only available on the black market. When the mob wants to get rid of someone, they will send their target 30 years into the past, where a “looper” – a hired gun, like Joe (Joseph Gordon-Levitt) – is waiting to mop up. Joe is getting rich and life is good… until the day the mob decides to “close the loop,” sending back Joe’s future self (Bruce Willis) for assassination.
In theaters: September 28th, 2012

A dramatic comedy set in the world of male strippers, “Magic Mike” is directed by Academy Award(R)-winning director Steven Soderbergh (“Traffic”) and stars Channing Tatum in a story inspired by his real life. The film follows Mike (Tatum) as he takes a young dancer called The Kid (Alex Pettyfer) under his wing and schools him in the fine arts of partying, picking up women, and making easy money.
In theaters: June 29th, 2012

A Bag of Hammers

A BAG OF HAMMERS revolves around the friendship of two charming grifters, Ben and Alan, played by Jason Ritter and Jake Sandvig. Ben and Alan have built a successful though larcenous business, posing as car valets, only to steal the vehicles instead of parking them. Because of their less-than-ideal childhoods and a “job” that allows them to remain likeable boyish rogues well into their 20’s, their penchant for crime is almost forgivable. However, everything changes when they meet a twelve-year-old boy named Kelsey. Neglected by his mother, Kelsey is drawn to Ben and Alan and they to him–eventually, Kelsey becomes part mascot, part protege. His presence ultimately forces Alan and Ben to choose between a life of crime and fun (an extended childhood) and the opportunity to grow up and deal with the emotional consequences that come with it
In theaters: May 11th, 2012