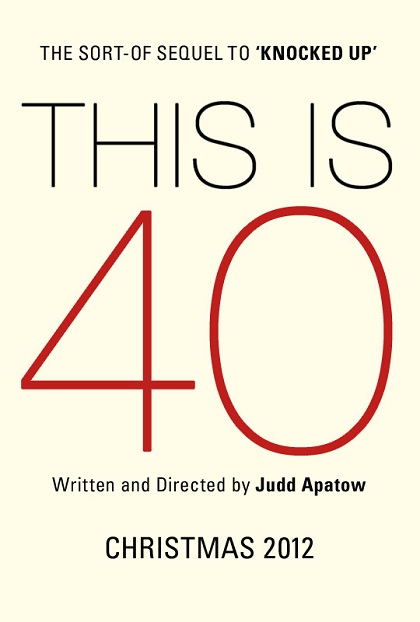 Writer/director/producer Judd Apatow (The 40-Year-Old Virgin, Funny People) brings audiences This Is 40, an original comedy that expands upon the story of Pete (Paul Rudd) and Debbie (Leslie Mann) from the blockbuster hit Knocked Up as we see firsthand how they are dealing with their current state of life.
In theaters: December 21st, 2012

Lola Stone asked Brent Mitchell to the prom, but Brent said no, and now he’s screwed. What happens when Lola doesn’t get what she wants? She enlists Daddy’s help to throw a prom of her own, where she is queen and Brent is king — whether he likes it or not. THE LOVED ONES is what happens when puppy love goes horribly, violently wrong. Brent should have said yes…
In theaters: Coming Soon

In a forgotten but defiant bayou community cut off from the rest of the world by a sprawling levee, a six-year-old girl exists on the brink of orphanhood. Buoyed by her childish optimism and extraordinary imagination, she believes that the natural world is in balance with the universe until a fierce storm changes her reality. Desperate to repair the structure of her world in order to save her ailing father and sinking home, this tiny hero must learn to survive unstoppable catastrophes of epic proportions.
In theaters: June 27th, 2012

“Chernobyl Diaries” is an original story from Oren Peli, who first terrified audiences with his groundbreaking thriller “Paranormal Activity.” The film follows a group of six young tourists who, looking to go off the beaten path, hire an “extreme tour guide.” Ignoring warnings, he takes them into the city of Pripyat, the former home to the workers of the Chernobyl nuclear reactor, but a deserted town since the disaster more than 25 years ago. After a brief exploration of the abandoned city, however, the group soon finds themselves stranded, only to discover that they are not alone…
In theaters: May 25th, 2012