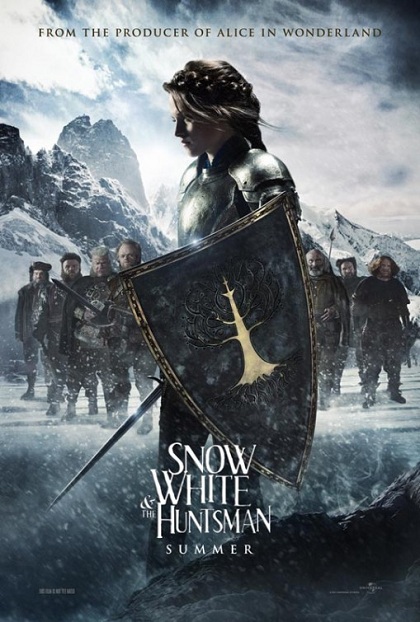 Carol and I saw the premier of Snow White and the Huntsman last night. The story stars Charlize Theron as the evil queen, Kristen Stewart as Snow White, and Chris Hemsworth as the Huntsman. 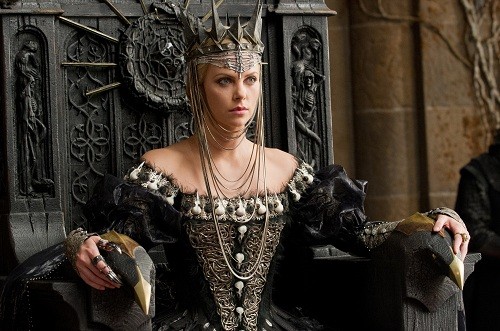 The kingdom under the Queen’s reign and with her evil spells and power moves the country into a desolate state and a kingdom of servitude. Relying on her magic mirror she finds out that for her to retain her youthful beauty and immortality she would need Snow Whites Heart.

Snow White escapes and the evil queen hires a huntsman to find her and bring her back so she may acquire her heart. However in the process the Huntsman ends up being Snow Whites protector and eventually they unite with all the inhabitants to fight the queen and take back the kingdom. 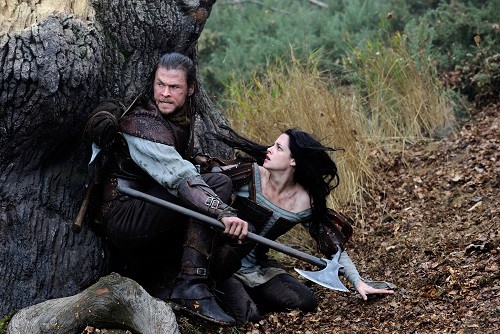 Charlize Theron’s portrayal as the evil queen was well played though I thought Julia Roberts as the queen in Mirror Mirror was better since though she was evil she was funnier and more enjoyable where with this story the queen was darker and more psychotic. Kristen Stewart as Snow White was OK but I would have looked for somebody else as to play Snow White as for as Chris Hemsworth as the Huntsman I thought he also was OK and a good choice.

They did have the seven dwarfs who trapped Snow White and the Huntsman while they wondered through the woods but later they realized that Snow White was the promise of the Kingdom and would bring back prosperity and joy to the land.

I thought this movie in relation to the earlier movie Mirror Mirror was darker and not as comical and have the gayety and then the celebration at the end, however the movie was good, the special effects was good and I recommend seeing it if you have nothing else to do.

My wife Carol saw it with me and rating it from 1 to 5, I would rate it as 3 where Carol said 2.5 making an average this movie would receive 2.75 Bacons out of 5 and that is the film bacon report.

1 reply on “Snow White and the Huntsman – Review”

[…] In a twist to the fairy tale, the Huntsman ordered to take Snow White into the woods to be killed winds up becoming her protector and mentor in a quest to vanquish the Evil Queen. Film Bacon’s Review […]