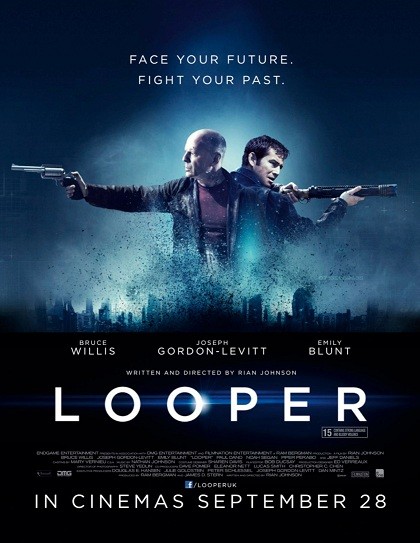 Looper is about Joe (Joseph Gordon-Levitt), a hitman (known as a looper) from the year 2044. Time travel has not been invented yet. But, it will in 30 years (2074). However, it’s highly illegal to use and the mob is the only one using it. In the future it’s nearly impossible to dispose of a body. So, they send them 30 years in the past to 2044 for a looper to kill them and dispose of the body. Lost yet? 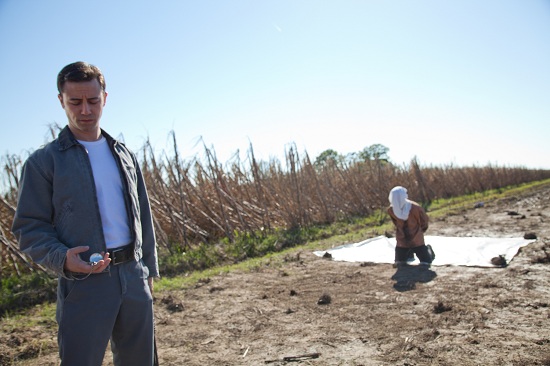 It’s an interesting concept, but not that hard to understand. In 2044, the looper is given a time and place. At that exact moment in time, a person will appear from the future with a tied up with a mask on their head. As soon as they appear, the looper blows them away with their “blunderbuss” shotgun. After they’re dead, there’s a payment strapped to their back. Usually a few bars of silver.

However, the mob will eventually “close the loop”. In other words, they will send a person back tied up with a mask like normal. But, this time there will be several bars of gold strapped to his back. This means, you just killed you’re older self. Then consider yourself retired. Live the next 30 years of your life. 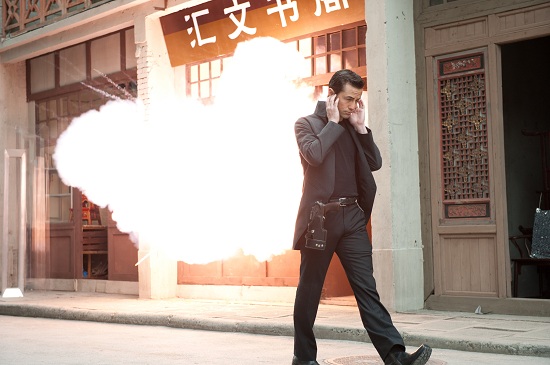 This is where our story comes in. Suddenly Joe’s older self (Bruce Willis) appears in front of him. Although, he’s not tied up. There’s no mask on his face. Old Joe is able to stop Young Joe and run. Now young Joe must find Old Joe, or else the mob will be after him. 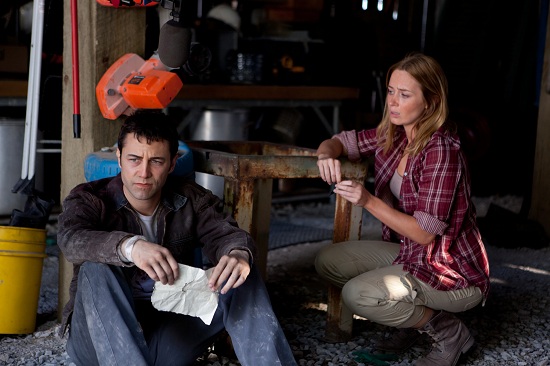 Joe takes shelter with Sara and her son at a farmhouse. Old Joe is trying to find and kill a mob boss from the future to save his future, and will stop at nothing. And the sci-fi gangster adventure continues.

This is definitely a thinking movie, but at the same time, it’s action, sci-fi, and suspenseful. I was looking forward to this movie, and it didn’t disappoint. JGL did a great job playing a “young” Bruce Willis, complete with prosthetic cheeks and his mannerisms. Just coming out of the theater, there were several people talking about different theories for the ending. Unfortunately, I can’t tell you about those without spoiling. Anyway, the movie had was violent at times, but it was very original. I recommend this one. Although, forget all the rules you learned from Back to the Future. There’s no paradox when you run into your future self.