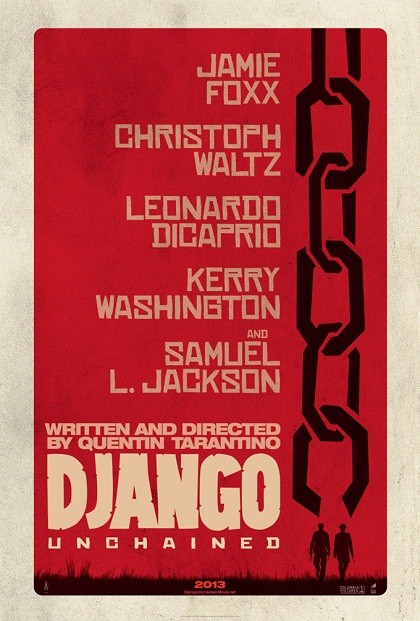 Set in the South two years before the Civil War, DJANGO UNCHAINED stars Academy Award(R)-winner Jamie Foxx as Django, a slave whose brutal history with his former owners lands him face-to-face with German-born bounty hunter Dr. King Schultz (Academy Award(R)-winner Christoph Waltz). Schultz is on the trail of the murderous Brittle brothers, and only Django can lead him to his bounty. The unorthodox Schultz acquires Django with a promise to free him upon the capture of the Brittles–dead or alive.
In theaters: December 25th, 2012

HITCHCOCK is a love story about one of the most influential filmmakers of the last century, Alfred Hitchcock, and his wife and partner Alma Reville. The film takes place during the making of Hitchcock’s seminal movie PSYCHO.
In theaters: November 23rd, 2012

After learning of an urban legend in which a demented serial killer named “Smiley” can be summoned through the Internet, mentally fragile Ashley (Caitlin Gerard from “Magic Mike” and “The Social Network”) must decide whether she is losing her mind or becoming Smiley’s next victim. The film also stars Melanie Papalia (“Endgame”), Shane Dawson (“Shane Dawson’s TV”) and Andrew James Allen (“Make It or Break It”), with Toby Turner (“The Annoying Orange”), Roger Bart (“Desperate Housewives”), Keith David (“The Thing”) and Liza Weil (“Scandal”) rounding out the cast.
In theaters: October 12th, 2012

Warner Bros. Pictures and Legendary Pictures are teaming up with director Brian Helgeland for “42,” the powerful story of Jackie Robinson, the legendary baseball player who broke Major League Baseball’s color barrier when he joined the roster of the Brooklyn Dodgers. “42” will star Academy Award(R) nominee Harrison Ford (“Witness”) as the innovative Dodger’s general manager Branch Rickey, the MLB executive who first signed Robinson to the minors and then helped to bring him up to the show, and Chadwick Boseman (“The Express”) as Robinson, the heroic African American who was the first man to break the color line in the big leagues.
In theaters: April 12th, 2013