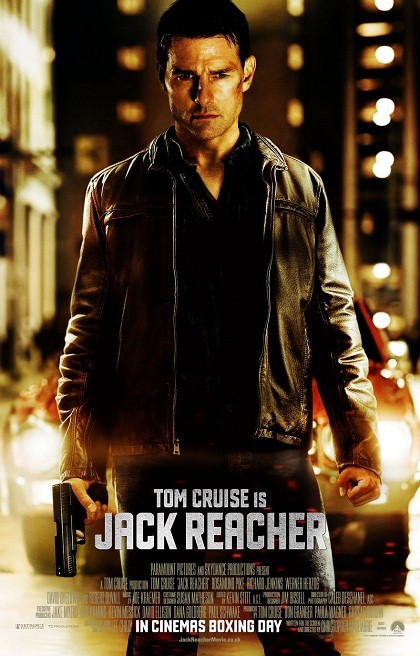 When a gunman takes five lives with six shots, all evidence points to the suspect in custody. On interrogation, the suspect offers up a single note: “Get Jack Reacher!” So begins an extraordinary chase for the truth, pitting Jack Reacher against an unexpected enemy, with a skill for violence and a secret to keep.
In theaters: December 21st, 2012

Every Halloween, sleepy Fairhaven, Massachusetts erupts with the most ambitiously creative spookiness in the world. Endless Styrofoam tombstones and backyard beasts come courtesy of a few supremely dedicated local “home haunters” who have devoted their lives to the art of handmade monster-making. Take a look inside three of these horrific households to uncover the triumphs and tragedies that come with carrying the blackened banner of true Halloween spirit.
In theaters: October 28th, 2012

Jason Statham and Jennifer Lopez team up to get their cut in the crime thriller, PARKER, based on the series of bestselling novels by Donald E. Westlake. Parker (Jason Statham) is a professional thief who lives by a personal code of ethics: Don’t steal from people who can’t afford it and don’t hurt people who don’t deserve it. But on his latest heist, his crew double crosses him, steals his stash, and leaves him for dead. Determined to make sure they regret it, Parker tracks them to PalmBeach, playground of the rich and famous, where the crew is planning their biggest heist ever. Donning the disguise of a rich Texan, Parker takes on an unlikely partner, Leslie (Jennifer Lopez), a savvy insider, who’s short on cash, but big on looks, smarts and ambition. Together, they devise a plan to hijack the score, take everyone down and get away clean.
In theaters: January 25th, 2013

Los Angeles, 1949. Ruthless, Brooklyn-born mob king Mickey Cohen (Sean Penn) runs the show in this town, reaping the ill-gotten gains from the drugs, the guns, the prostitutes and–if he has his way–every wire bet placed west of Chicago. And he does it all with the protection of not only his own paid goons, but also the police and the politicians who are under his control. It’s enough to intimidate even the bravest, street-hardened cop… except, perhaps, for the small, secret crew of LAPD outsiders led by Sgt. John O’Mara (Josh Brolin) and Jerry Wooters (Ryan Gosling), who come together to try to tear Cohen’s world apart.
In theaters: January 11th, 2013