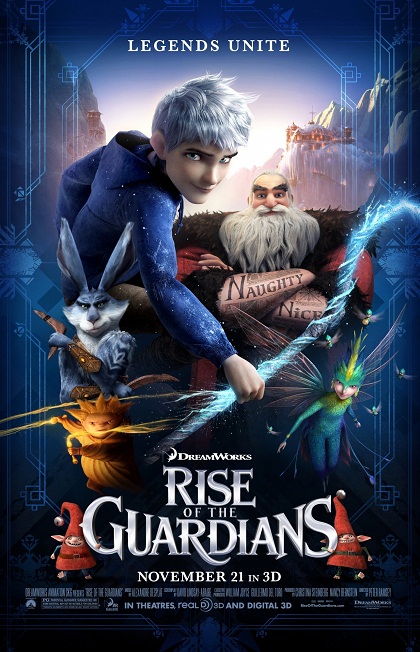 The Rise of the Guardians centers around a group of mythical characters. They include: Santa Claus, Easter Bunny, Sandman, & the Tooth Fairy. Many people don’t know this, but when they aren’t delivering presents, good dreams, or cash; they are protecting the Earth. As long as the children are out there to believe in them, Pitch (the boogie man) stays at bay. Unfortunately, Pitch is able to make a comeback and threaten the lives of the 4 guardians. 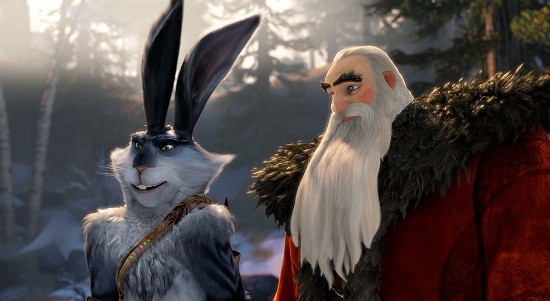 The moon chooses a new ally to help them, Jack Frost. Jack is great at making the weather snowy and icy. But, many kids don’t know who he is or really believe in him. But, the guardians need him to help stop Pitch from turning every child into a non-believer. 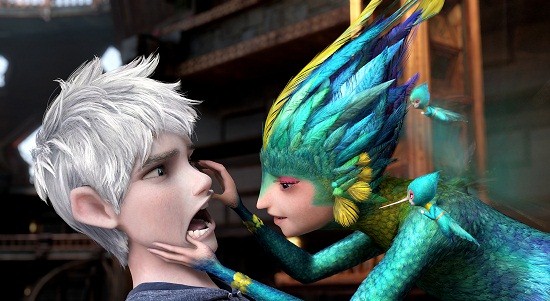 I was actually pretty impressed with this movie. This is one of those movies I really had no interest in seeing, but ended up going, and really enjoying it. Yeah, it’s not caliber of “Wreck-It Ralph”, but it’s still an original story. I wouldn’t say this is a Christmas movie, in fact, it’s more of an Easter movie. But, it’s still a good movie to take the kids to this season.