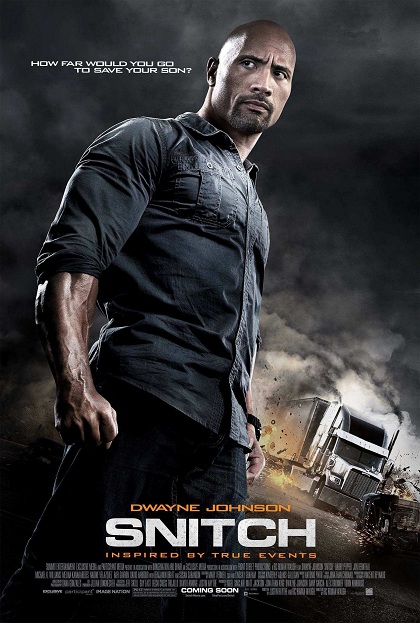 In the fast-paced action thriller Snitch, Dwayne Johnson stars as a father whose teenage son is wrongly accused of a drug distribution crime and is looking at a mandatory minimum prison sentence of 10 years. Desperate and determined to rescue his son at all costs, he makes a deal with the U.S. attorney to work as an undercover informant and infiltrate a drug cartel on a dangerous mission–risking everything, including his family and his own life.
In theaters: February 22nd, 2013

Somebody up There Likes Me

Nick Offerman (“Parks and Recreation”) stars in this smart, subversive comedy about a man, his best friend (Keith Poulson), and the woman they both adore (Jess Weixler, Teeth) watching their lives fly by.
In theaters: March 8th, 2013

Academy Award® winning Director Alex Gibney takes an unprecedented look at the National Hockey League’s most feared enforcers and explores the career of Chris “Knuckles” Nilan. The role was simple: protect their teammates no matter the cost. For Chris this meant a shattered body, addiction to drugs, and harming the people closest to him. But in the process, he won the love of hockey’s holy city, Montreal, and helped the team win the Stanley Cup. Through interviews with hockey’s toughest guys, the film explores what it means to enforce the unspoken code of the NHL.
In theaters: February 1st, 2012

Make sure you take component in a contest for among the preferred blogs on the internet. I will recommend this webpage!