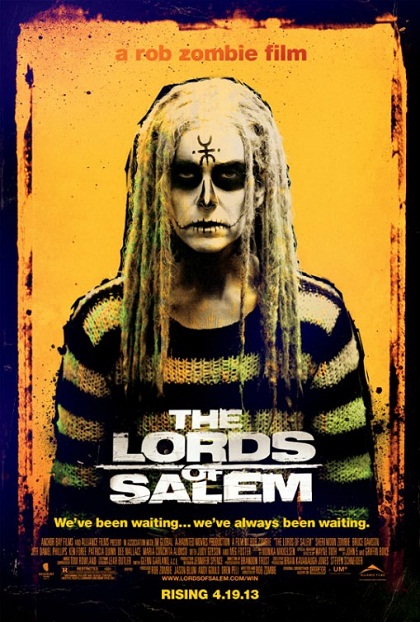 The Lords of Salem

From the singular mind of horror maestro Rob Zombie comes a chilling plunge into a nightmare world where evil runs in the blood. The Lords of Salem tells the tale of Heidi (Sheri Moon Zombie), a radio station DJ living in Salem, Massachusetts, who receives a strange wooden box containing a record, a “gift from the Lords.” Heidi listens, and the bizarre sounds within the grooves immediately trigger flashbacks of the town’s violent past. Is Heidi going mad, or are the “Lords of Salem” returning for revenge on modern-day Salem?
In theaters: April 19th, 2013

Based on the Geoff Johns/Gary Frank 2008 release “Superman: Brainiac,” SUPERMAN: UNBOUND finds the horrific force responsible for the destruction of Krypton – Brainiac descending upon Earth. Brainiac has crossed the universe, collecting cities from interesting planets – Kandor, included – and now the all-knowing, ever-evolving android has his sights fixed on Metropolis. Superman must summon all of his physical and intellectual resources to protect his city, the love of his life, and his newly-arrived cousin, Supergirl.
On Blu-Ray/DVD: May 7th, 2013

DEAD MAN DOWN is an action thriller that stars Colin Farrell and Noomi Rapace as two strangers whose mutual desire for revenge draws them together and triggers an escalating trail of mayhem. The film, which also stars Academy Award nominee Terrence Howard and Dominic Cooper, marks the American theatrical debut of director Niels Arden Oplev (the original The Girl With the Dragon Tattoo).
In theaters: March 8th, 2013

At the beginning of World War II, a hostile chance encounter in the skies above the harsh Norwegian wilderness leaves two aircraft—one British, one German—shot down in a remote and isolated region. By strange coincidence, the crews seek shelter in the same cabin. They must battle to survive the brutal winter in order to get back to the war—and to fighting one another. Although war has made them enemies, as the days go by, animosity proves hard to maintain. Mutual need leads to unlikely friendships, and the rules of war must be put aside.
In theaters: April 12th, 2013