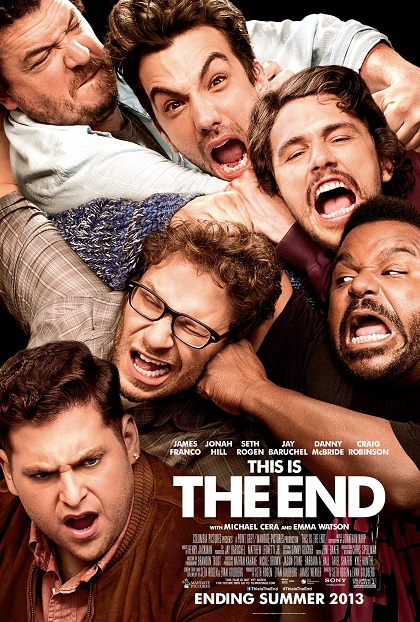 This is the End

The comedy This is the End follows six friends trapped in a house after a series of strange and catastrophic events devastate Los Angeles. As the world unravels outside, dwindling supplies and cabin fever threaten to tear apart the friendships inside. Eventually, they are forced to leave the house, facing their fate and the true meaning of friendship and redemption
In theaters: June 12th, 2013

In Chile, a group of travelers who are in an underground nightclub when a massive earthquake hits quickly learn that reaching the surface is just the beginning of their nightmare.
In theaters: May 10th, 2013

The History of Future Folk

The citizens of the planet Hondo have sent their most decorated soldier, General Trius (Nils d’Aulaire), to find a new home… and wipe out the current inhabitants in the process. But when General Trius lands on Earth, he’s entranced by a strange and mystical human invention: music. He immediately abandons his mission, starts a family, and launches a one-alien bluegrass act in a tiny Brooklyn bar. Years later, a bumbling assassin named Kevin (Jay Klaitz) arrives to get the mission back on track. Although Kevin is no match for the great General Trius, the Hondonians have no intention of calling off their plan to eliminate mankind. The only solution is for General Trius and Kevin to join forces to save Hondo, prevent an intergalactic takeover of Earth, and hopefully get some bigger gigs for the universe’s first Hondonian bluegrass duo: Future Folk!
In theaters: May 31st, 2013