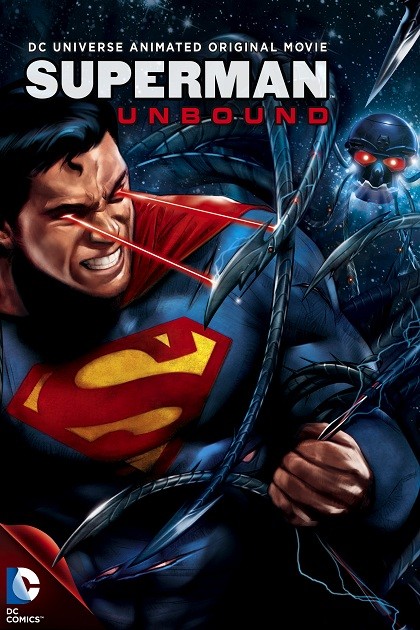 So, this week, you’d probably expect me to be reviewing “The Great Gatsby”. Well, I ended up missing the screening for that one. I ended up being my fault. I went to the wrong theater. Oh well, but today we’ll bring you a new straight to DVD/Blu-Ray release, Superman: Unbound. 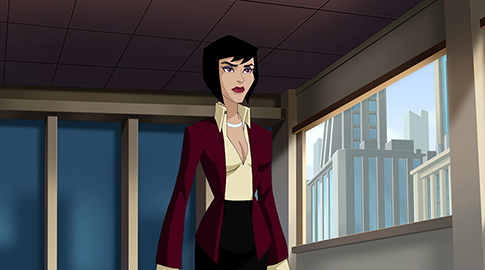 We start this movie with Lois Lane captured by some thugs, naturally, and escaping by Helicopter. Luckily, she’s safe, because Superman will protect her. But, wait, he’s not around at the time. Well, never fear, his teenage cousin, Kara (aka Supergirl) is there to stop the thugs. 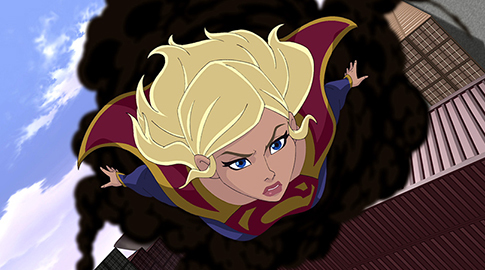 Soon after a strange android / robot is spotted in the middle of the desert in Arizona. Superman goes to stop the thing. It’s very powerful, but Superman is able to destroy the thing. He takes it back to the Fortress of Solitude. While, examining it, Supergirl noticed the thing and flips out. She tells Superman that when she was young, a bunch of those androids started attacking the capital city of Krypton, Kandor. The city was encapsulated in a force field, then miniaturized on to a mothership. Then the planet was destroyed. The found out later that it was Brainiac behind it all. He’s going around from planet to planet, capturing the smart people and feeding off their intellect. 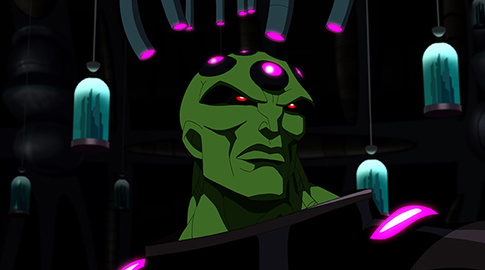 Superman knows that he has to find Brainiac before he decides to do the same thing to earth. So, Superman sets out to find him and stop him. Unfortunately, this puts a rift in his and Lois’ relationship. She wants him to commit to her. He’s afraid for her safety. Can Superman fix his relationship with Lois, and can him and his cousin save the planet? It’s Superman, what do you think? 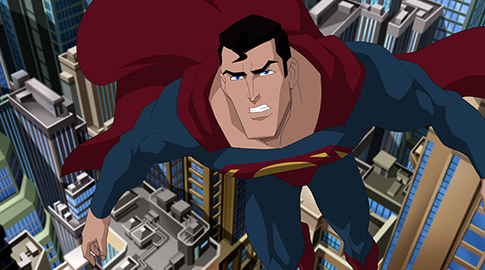 Well, Superman is one of my favorite comic book heroes of all time, here’s proof. Anyway, this is a pretty good story. It’s nice to see Superman fight a different foe besides Lex Luther. I’m a fan of most of these DC Animated Movies, and this one is no different. But, my love of superman has definitely faded from when I was 5 years old til now. I feel, there’s less substance in Superman than there is in Batman, Flash, or Green Arrow. But, lets hope I feel different after the upcoming Man of Steel movie. Anyway, check out this straight to video release. It’s worth it. 3.5 / 5