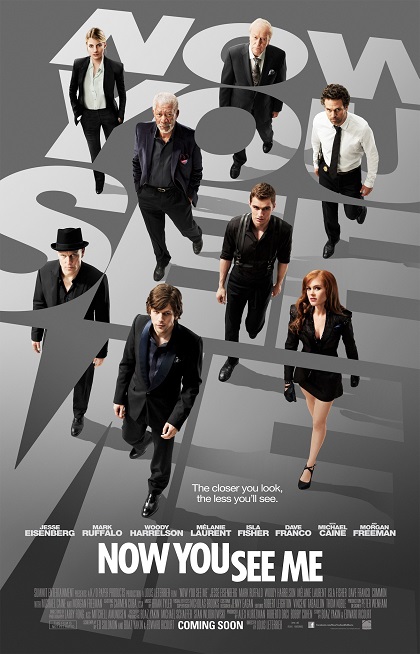 Four Magicians (well, 2 magicians, 1 mentalist, & 1 escapist) are brought together by a mysterious invitation card to an apartment in New York. Once they arrive they find some 3D blueprints, which starts our story. 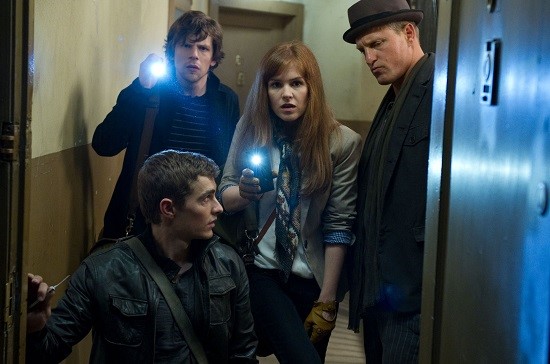 A year later, they all together putting on a stage show in Vegas under the name “The Four Horseman”. They pull a random audience member out from their seat. They tell the audience that they’re going to be robbing a bank. The audience member is “transported” to his bank in Paris. Once there, he’s inside the vault. Soon there’s tons of Euros flying all throughout the theater. They’ve successfully robbed a bank. At the exact same time, the bank in Paris has been robbed. How could this be? Did they really rob a bank. 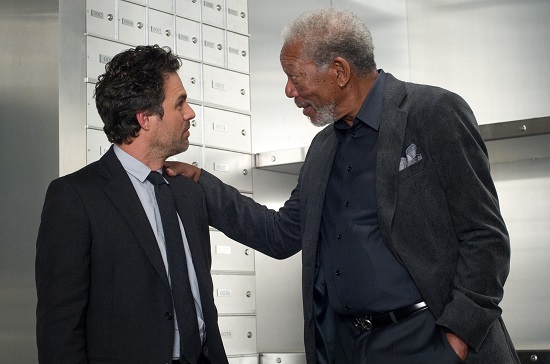 The FBI brings the Magicians in for questioning. FBI Agent, Dylan Rhodes finds this to be ridiculous but he questions the magicians anyway. He finds nothing out from them. All he does is look like a fool in front of them. With nothing to hold them for, they have to release the magicians. 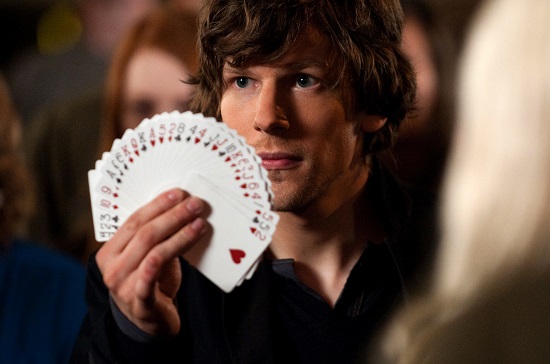 Since the crime actually occurred in Paris, Rhodes is given a partner from Interpol, Alma Dray. They both meet with a man, Thaddeus Bradley. Thaddeus exposes magicians secrets. He’s made lots of money selling videos on how magicians do their illusions. He is able to show Alma & Rhodes how the Four Horseman did the bank robbery trick. He informed them that they have another show in New Orleans, which is part 2, of their 3 upcoming shows.

Without giving away any spoilers, the Four Horseman are doing something “suspicious” in their acts. Will Dylan & and the rest of the FBI have enough evidence to stop them from committing real crimes? 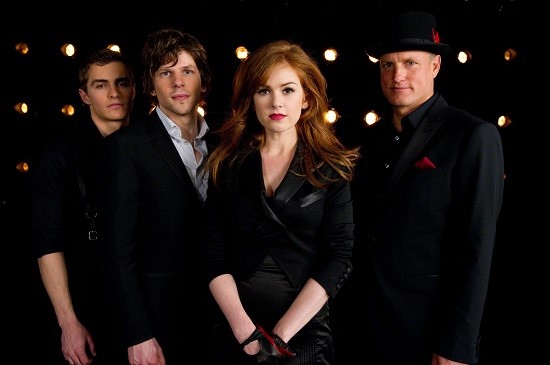 I was actually really pleasantly surprised with this movie. It has lots of mystery and twists the whole time. I really like how they perform a trick, then after the fact, you’ll see exactly how they did it. This is a really good movie, and I think it may get missed by many because of the other big blockbusters out right now. I recommend this. 4 out of 5.