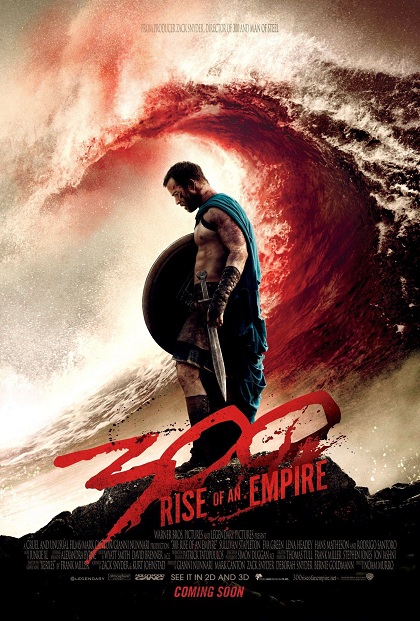 Based on Frank Miller’s latest graphic novel Xerxes, and told in the breathtaking visual style of the blockbuster “300,” this new chapter of the epic saga takes the action to a fresh battlefield—on the sea—as Greek general Themistokles attempts to unite all of Greece by leading the charge that will change the course of the war.
In theaters March 2014

The Way, Way Back

THE WAY, WAY BACK is the funny and poignant coming-of-age story of 14-year-old Duncan’s (Liam James) summer vacation with his mother, Pam (Toni Collette), her overbearing boyfriend, Trent (Steve Carell), and his daughter Steph (Zoe Levin). Having a rough time fitting in, the introverted Duncan finds an unexpected friend in gregarious Owen (Sam Rockwell), manager of the Water Wizz water park. Through his funny, clandestine friendship with Owen, Duncan slowly opens up and begins to finally find his place in the world—all during a summer he will never forget.
In theaters: July 5th, 2013

In A World…
An underachieving vocal coach is motivated by her father, the king of movie-trailer voice-overs, to pursue her aspirations of becoming a voiceover star. Amidst pride, sexism and family dysfunction, she sets out to change the voice of a generation
In theaters: September 13th, 2013

The Hobbit: The Desolation of Smaug International

The Dwarves, Bilbo and Gandalf have successfully escaped the Misty Mountains, and Bilbo has gained the One Ring. They all continue their journey to get their gold back from the Dragon, Smaug.
In theaters: December 13th, 2013