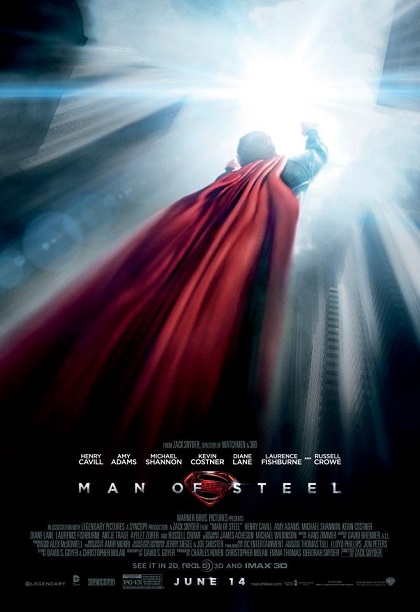 Last time we’ve seen Superman in the movie theater was in 2006 with Superman Returns. Unfortunately, it wasn’t the best rendition of Superman. In fact, I still think that the first 2 Superman movies with Christopher Reeve are some of the best Superman movies. In fact, Superman II has been on my list of favorites since I was wearing Superman Underoos. Today, Man of Steel has been released as DC’s latest attempt to bring Superman to the big screen.

In “Man of Steel”, we start on planet Krypton, Jor-El & his wife, Lara. The planet is imploding because of excess use of the inner core for energy resources. Jor-El goes to the councilmen to reason with them. He basically says they need to take action now to evacuate and save the people of the planet. Unfortunately, General Zod has the same idea, but to just uprise and take over the council. Jor-El escapes before it gets rough. He returns home only for him & his wife to send their baby son, Kal-El (Superman) to Earth. It was the first Kryptonian child conceived naturally in many years. They send him to earth because of the similarities to humans, and it was a harmless place. 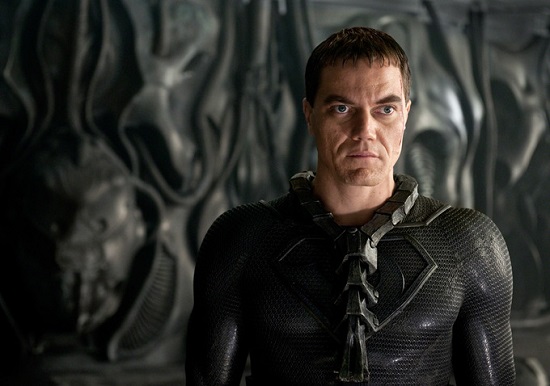 Zod arrives at Jor-El’s place, just seconds after Kal-El is launched into space. General Zod goes mad and is arrested along with his crew by the council. They sentence him to the Phantom Zone. They are basically frozen, and sent into a black hole. Before they are sent out there Zod says that he will be coming after Jor-El’s son.

On Earth, we see Kal-El or as he is called now, Clark Kent. He’s in his early 30s. Basically a drifter. He’s working on a crab boat when we first see him. He seems very out of place. We quickly learn of his super strength when he’s able to save people from a burning oil rig. 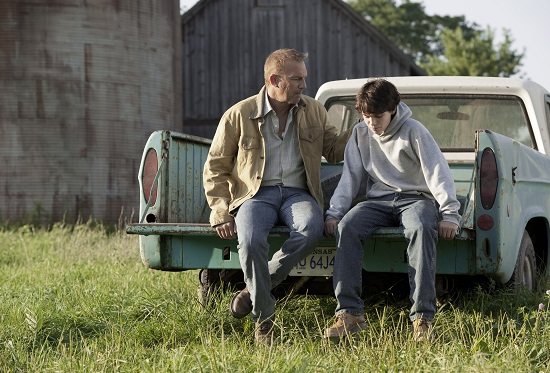 Several times during the movie we are shown flashbacks when he was a kid. His father, Jon Kent continually tells him that he needs to keep his powers a secret from everyone. He tells him about where he came from and showed him his spaceship. Jon wants Clark to hide his powers, because he’s afraid the government may come around for him. The Earth’s yellow sun gives him unbelievable super powers an Jon doesn’t want him taken away from him. 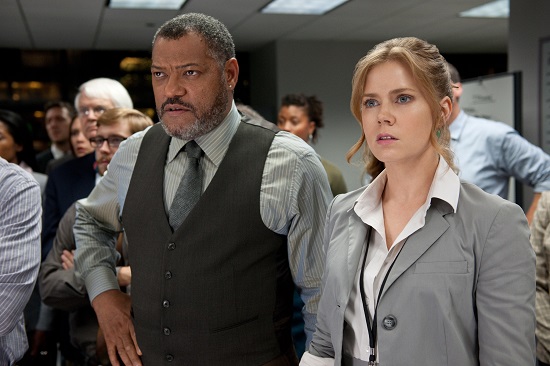 When he is older, he finds a spacecraft frozen in ice. He realizes its from his home planet, so he flies it to the North Pole, where no one will find it. Unfortunately, by starting up the ship, he started a beacon that General Zod and his crew track down.

I’m just getting warmed up with this story, I haven’t even gotten to Zod wanted to repopulated the Earth with Kryptonians. Or the Clark meeting Lois Lane for the first time, and becoming one of his biggest human allies. This movie is long and dense, it’s hard to go any further without really spoiling anything.

This right here is the Superman that I’ve wanted for several years! I think they finally cracked the code for Superman. I think this is the best rendition of Superman in film since the first 2 movies. In fact, I think it’s better. Some of my favorite parts had to do with Superman as a child. He got bullied, but couldn’t do anything about it, since he was hiding his powers. We’ve never seen that part of his life. We’ve also never seen Krypton. All the actors were at the top of their game for this one. It’s such a fresh perspective on an old orgin story and I loved it. Go see this movie! 4.5 / 5