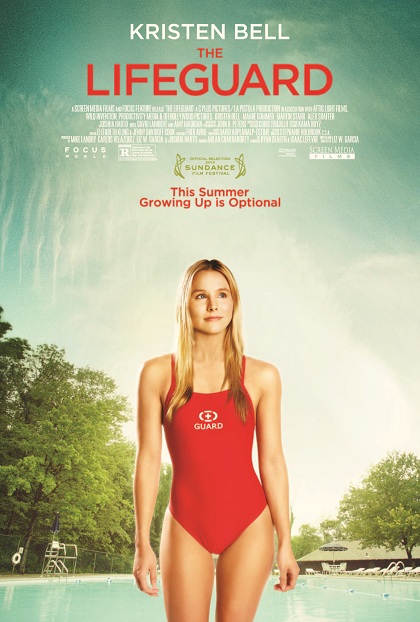 Leigh (Kristen Bell) is almost 30, and living a seemingly perfect life in New York. But when her career and love life both come crashing down, she flees to her suburban hometown and regresses right back into teenage life and behavior. She moves into her old room with her parents, hangs around with friends who never left town, and reclaims her high school job as a condo-complex lifeguard. But as Leigh enjoys shirking adult life and responsibilities and enters into an illicit affair, she begins a chain reaction that affects those closest to her. With an all-star cast that also includes Martin Starr (“Party Down,” “Knocked Up”), Mamie Gummer (“Side Effects”) and Oscar nominee Amy Madigan, it’s a journey that’s both hilarious and heartfelt. Presented by Screen Media Films & Focus World, the alternative distribution of Focus Features.
In theaters: August 30th, 2013

I Give it a Year (red band trailer)

Since they met at a party, ambitious high-flyer Nat (Rose Byrne) and struggling novelist Josh (Rafe Spall) have been deliriously happy despite their differences. Josh is a thinker, Nat’s a doer, but the spark between them is undeniable. Their wedding is a dream come true, but no one — family, friends and even the minister who marries them — is convinced that they will last. Josh’s ex-girlfriend, Chloe (Anna Faris), and Nat’s handsome American client Guy (Simon Baker) could offer attractive alternatives.
In theaters: August 9th, 2013

Princeton grad student Richie (Justin Timberlake), believing he’s been swindled, travels to Costa Rica to confront online gambling tycoon Ivan Block (Ben Affleck). Richie is seduced by Block’s promise of immense wealth, until he learns the disturbing truth about his benefactor. When the FBI tries to coerce Richie to help bring down Block, Richie faces his biggest gamble ever: attempting to outmaneuver the two forces closing in on him.
In theaters: September 27th, 2013

A 18th century adventure story centered on young Thomas, who is apprenticed to the local Spook to learn to fight evil spirits. His first great challenge comes when the powerful Mother Malkin escapes her confinement while the Spook is away.