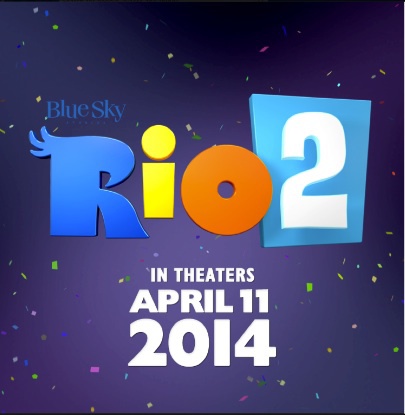 Blu, Jewel and their three kids living the perfect domesticated life in the magical city that is Rio de Janeiro. When Jewel decides the kids need to learn to live like real birds, she insists the family venture into the Amazon. As Blu tries to fit in with his new neighbors, he worries he may lose Jewel and the kids to the call of the wild
In theaters: April 11th, 2014

Kevin Hart and Ice Cube lead the lineup in Ride Along, the new film from the director and the producer of the blockbuster comedy Think Like a Man. When a fast-talking guy joins his girlfriend’s brother, a hot-tempered cop, to patrol the streets of Atlanta, he gets entangled in the officer’s latest case. Now, in order to prove that he deserves his future bride, he must survive the most insane 24 hours of his life.
In theaters: January 17th, 2014