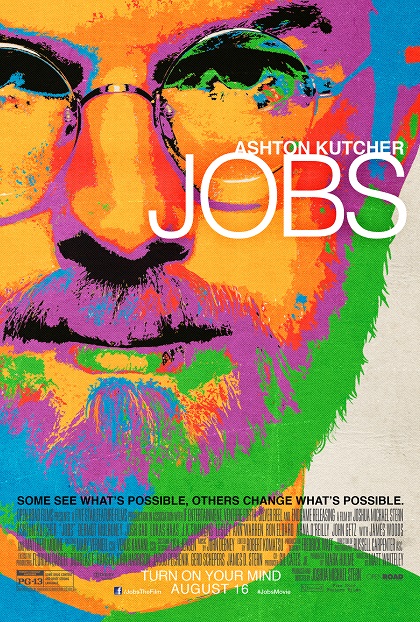 For those of you that have been living under a rock the past couple decades, I’ll explain this to you. Steve Jobs was one of the most influential people in modern technology. With his high standards and there’s nothing we can’t achieve motto, he brought Apple to the company it is today. This movie tells the story of Steve Jobs.

We join our story with one of Steve Jobs many exciting keynotes. This particular one was what put Apple computers back on the map. It was the unveiling of the iPod. Sure there were mp3 players around before then, but this brought it to the mainstream, and really started the trend of technology being cool instead of “nerdy”. 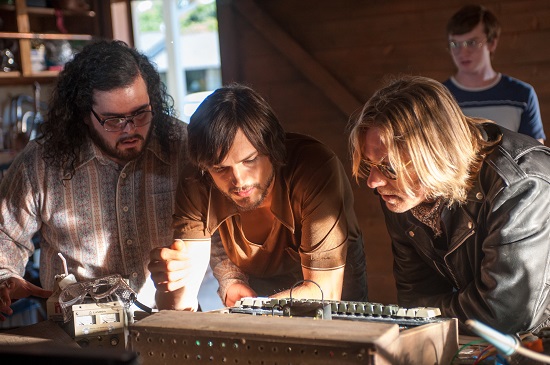 Quickly, the story goes to Jobs’ days at Reed College in Portland, OR. We join Steve after he’s already dropped out of school, and basically “observing” classes without actually paying for them. He started getting heavy into art & calligraphy classes. Of course, most of it was thanks to a girl that he was hitting on. This follows a path of him experimenting with drugs and taking trips to India to “find himself”.

We then join Steve at his first computer job working for Atari. He’s not too liked at Atari. He’s good at what he does working on circuit boards, but he orders people around like he’s the boss. The boss offers him a $5000 bonus if he’s able to work out the bugs in a new game project. They figured if Jobs was working on a night project, he wouldn’t bother everyone else. He starts working on the board, then he calls up his good friend Steve “Woz” Wozniak. Woz was basically able to get the whole thing working, and that game became the Atari hit, “Breakout”. 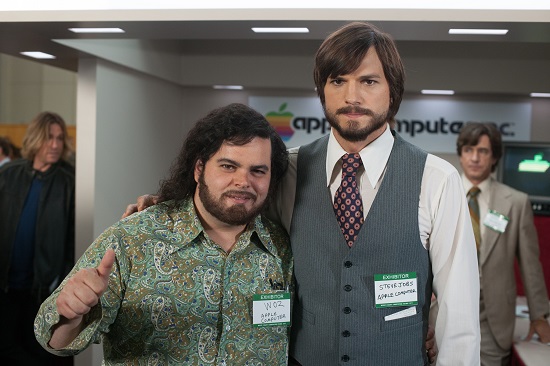 Steve is infatuated with all of Woz’s computer creations. Woz had started working on a keyboard with a circuit board that would actually connect to a tv. The thing was one of the first of it’s kind. It was basically the start of a home computer. Steve decided to get Woz and go into business. A business that starts in Jobs’ parent’s garage. This is where we see the growth of Apple from a small little company to the huge company it is today. 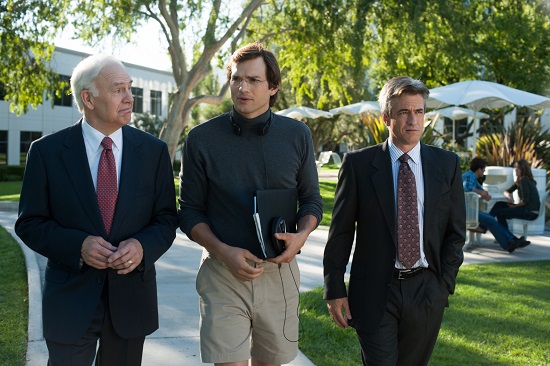 Look, I’ll be honest with you, you could probably put any documentary about the history of computers, and I’m going to love it. And I really ate this thing up. Surprisingly, Ashton Kutcher does a great job capturing the spirit of Steve Jobs. The makeup job is remarkable, but he also picks up all of Jobs’ mannerisms from the way he walks to the way he talks. If you liked the movie “Pirates of Silicon Valley”, you’re going to love this one. 4 out of 5.