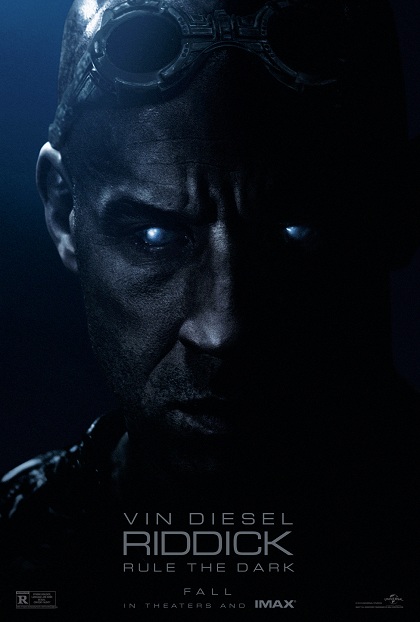 This is the third movie featuring Vin Diesel as Riddick. The first two were Pitch Black (2000) and The Chronicles of Riddick (2004). This time, Riddick is brought to a planet that he was told was his home planet. Unfortunately, he soon finds out that it’s not home, and he is left there for dead. 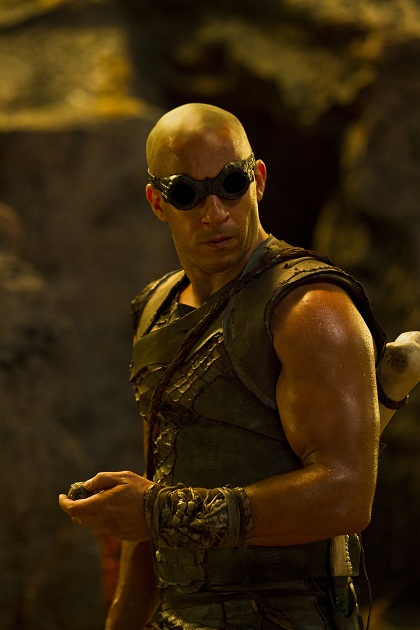 This weird planet has huge hyena type creatures that hunt in packs and could rip him to shreds. There’s also some strange half scorpion / half lizard type creatures. Those creatures Not only will sting you with their tails or they’re huge mouths, but they’ll emit a poison venom into your skin that will kill you. So, Riddick befriends a puppy, (one of those hyenas) and starts training it. Him and his dog find a clever way to get out of a cavernous area. The only way out is through a pond full of those scorpion / lizard creatures.

Once Riddick makes it out of that mess, he finds his way to a station full of food & supplies. He see’s trouble coming at the horizon, so he hits the emergency beacon in the station. It reports to ships around the area that he’s on that planet. But, sadly, he’s got a bounty for his head, and the reward is double if he is taken back dead.

Two ships arrive. One is full of mercenaries obviously trying to find Riddick, kill him and collect the reward. The other is a crew and captain. The captain is the father of one of the people Riddick allegedly killed. It’s not too easy to catch Riddick. But, they do try, with mixed results.

So, I really wasn’t anxious to see this movie. And well, it turned out, I was right. The first hour of this movie is downright boring. It finally picks up once the 2 ships land and start hunting Riddick. But, the dialog and action was so cheesy. I just was not impressed with the movie at all. 1 1/2 out of 5