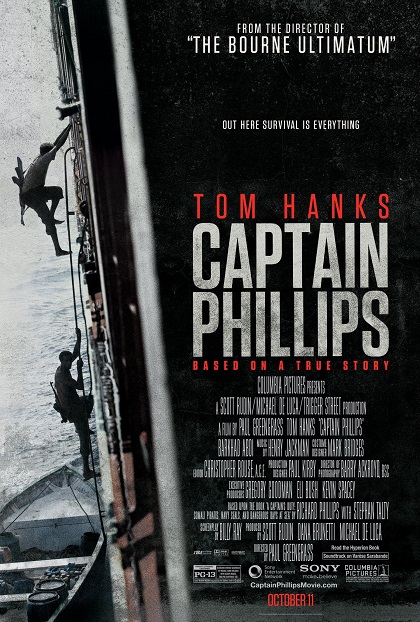 Phillips is the captain of a massive cargo ship. He does everything by the book. A few times during the movie, he’s seen telling people, “I think you’re coffee break is over”. Him and his crew have to ship a large shipment of Cargo through some Pirate infested waters off the coast of Somalia. 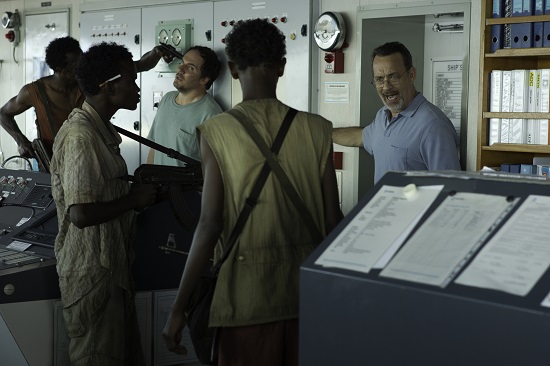 One day, he notices 2 small boats coming after him. He starts veering off course by a few degrees to see if they’ll follow. When he sees they follow, he gets the crew to start a hijacking drill. On a cargo ship, they have several firehoses around the deck of the boat. The firehoses point down toward the water, that way, if any boats come near them, it’ll sink the boats. Theoretically, this will work. Phillips starts faking a call to authorities. It scares the Pirates enough for them to drop back. 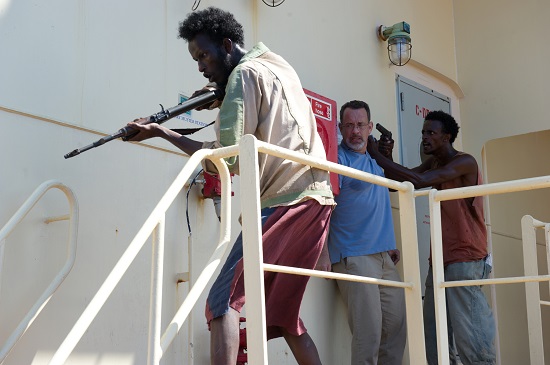 The next day, Phillips wakes up to the pirates coming back after them. This time, they aren’t falling for any fake calls. Because of a faulty firehose, the pirates are able to hook a ladder on to the boat and board them. Now with the pirates on board, they want money. They’re pointing guns at the crew & the Captain’s head. Phillips is able to keep cool and try to reason with them. But, things end up going awry. There’s a call out to authorities, but until then, the Captain, now taken hostage, is on his own. 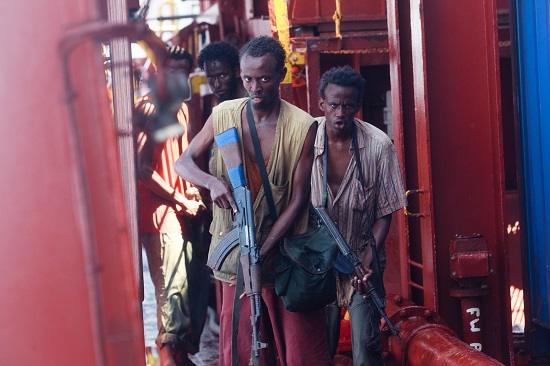 This is probably one of the best movies I’ve seen this year. It’s a very suspenseful movie. It’s very moving and definitely keeps you on the edge of your seat. Knowing that this is a true story, makes it that much better. I highly recommend this movie! 4.5 out of 5