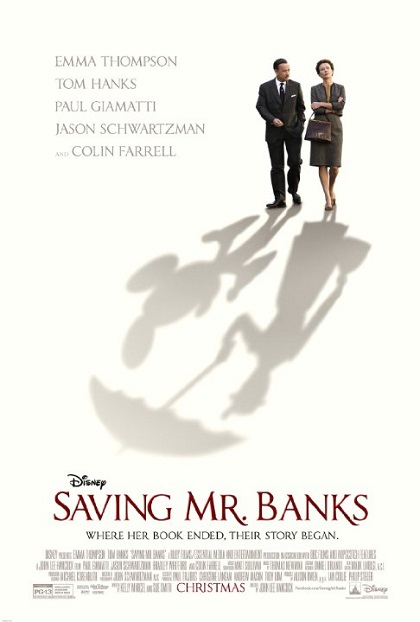 Walt Disney (Tom Hanks) read “Mary Poppins” to his daughters when they were younger. Since then, he promised that he would turn those books into a movie for them. He always would hold a promise even if it’s takes 20 years.

It’s been twenty years after Disney had first tried to persue PL Travers (Emma Thompson) to give him rights to turn her book into a movie. She finally sets out to California to meet Disney under the advice of her assistant. She’s broke, but she still can’t seem to let go to her characters.

She goes to California to meet Disney. They have a contract ready for her to sign, but she wants to know about the whole script / project before she’ll sign it. So her & Disney’s writers get together to write this movie. 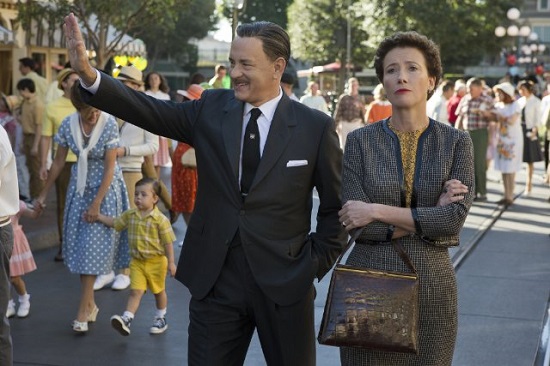 The problem is everything they suggest, she is against. They work hours on a song, and she has a problem with it. She’s got so many outlandish demands like not having the color red in the movie. Also, she doesn’t want this to be animated. How can her and the Disney writers get together to make this movie a reality?

If you’re a fan of the movie, Mary Poppins, this is definitely a must. Tom Hanks and Emma Thompson are fantastic! Its a wonder how Mary Poppins ever got made. Stick around after the credits and listen to real recordings of the writing sessions. It’s amazing. 4 / 5