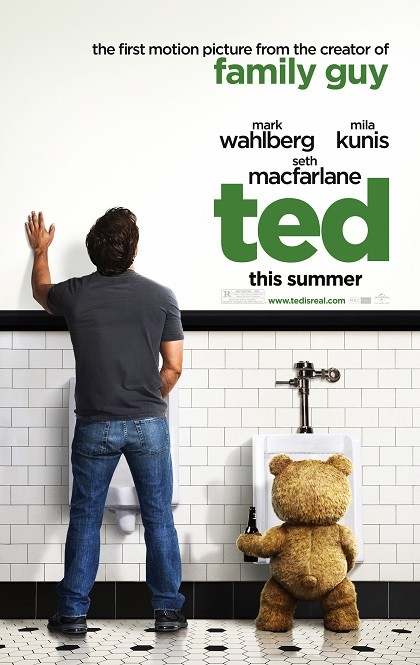 Family Guy creator Seth MacFarlane brings his boundary-pushing brand of humor to the big screen for the first time as writer, director and voice star of Ted. In the live action/CG-animated comedy, he tells the story of John Bennett (Mark Wahlberg), a grown man who must deal with the cherished teddy bear who came to life as the result of a childhood wish…and has refused to leave his side ever since.
In theaters: July 13th, 2012

The day after soon-to-be valedictorian Henry Burke (Matt Bush) takes a hit of the chronic for the first time, his school principal (Michael Chiklis) institutes a zero tolerance drug policy and administers a mandatory drug test for all students. Henry has two options: fail and lose his college scholarship, or team up with his stoner friend Breaux (Sean Marquette) to beat the system. They steal a high powered ganja from law student-turned-drug-dealer Psycho Ed (Adrien Brody) and spike the school’s bake sale brownies, getting the whole school–faculty included–completely stoned out of their minds. But with the student body getting higher and higher with every brownie, and a pissed-off Psycho Ed on their tails for stealing his stash, they must find a way to keep their half-baked plan from going up in smoke.
In theaters: June 1st, 2012

From DreamWorks Pictures comes “People Like Us,” a drama/comedy about family, inspired by true events, starring Chris Pine (“Star Trek”) as Sam, a twenty-something, fast-talking salesman, whose latest deal collapses on the day he learns that his father has suddenly died. Against his wishes, Sam is called home, where he must put his father’s estate in order and reconnect with his estranged family. In the course of fulfilling his father’s last wishes, Sam uncovers a startling secret that turns his entire world upside down: He has a 30-year-old sister Frankie whom he never knew about (Elizabeth Banks). As their relationship develops, Sam is forced to rethink everything he thought he knew about this family–and re-examine his own life choices in the process.
In theaters: June 29th, 2012

Musical prodigy, Sparkle (Jordin Sparks) struggles to become a star while overcoming issues that are tearing her family apart. From an affluent Detroit area and daughter to a single mother (Whitney Houston), she tries to balance a new romance with music manager, Stix (Derek Luke) while dealing with the unexpected challenges her new life will bring as she and her two sisters (Carmen Ejogo and Tika Sumpter) strive to become a dynamic singing group during the Motown-era.
In theaters: August 17th, 2012