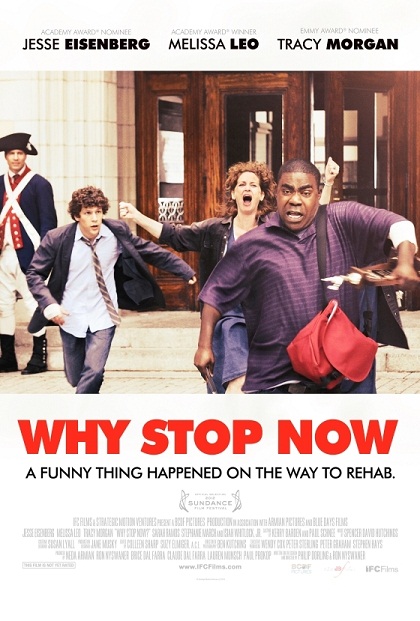 The bittersweet story of Eli Smith, a piano prodigy, and his mother Penny who despite her cheerful, loving disposition, struggles with drug addiction. On the day of his audition for a prestigious music program, Eli’s mother plans to enter rehab, but a glitch in the system forces them to enlist the help of an unlikely ally, her drug dealer Sprinkles. Circumstances conspire that turn them into a comical yet determined band of collaborators who are forced to deal with their internal demons over the course of the day.
In theaters: August 12th, 2012

In a time when America’s economy and sense of community were crumbling, one guy left everything behind–to see if he could survive solely on the support of the 21st century’s new town square: Craigslist. It was in this climate that 29-year-old Joseph Garner cut himself off from everyone he knew and everything he owned, to embark on a bold adventure. Armed with only a laptop, cell phone, toothbrush, and the clothes on his back–alongside the hope that community was not gone but just had shifted–Joseph began his journey. For 31 December days and nights, everything in his life would come from the Craigslist website. From transportation to food, from shelter to companionship, Joe would depend on the generosity of people who had never seen him and whose sole connection to him was a giant virtual swap meet. Would America help Joe? Could he survive with nothing, apart from the goodwill of others?
In theaters: August 3rd, 2012

When a gunman takes five lives with six shots, all evidence points to the suspect in custody. On interrogation, the suspect offers up a single note: “Get Jack Reacher!” So begins an extraordinary chase for the truth, pitting Jack Reacher against an unexpected enemy, with a skill for violence and a secret to keep.
In theaters: December 21, 2012