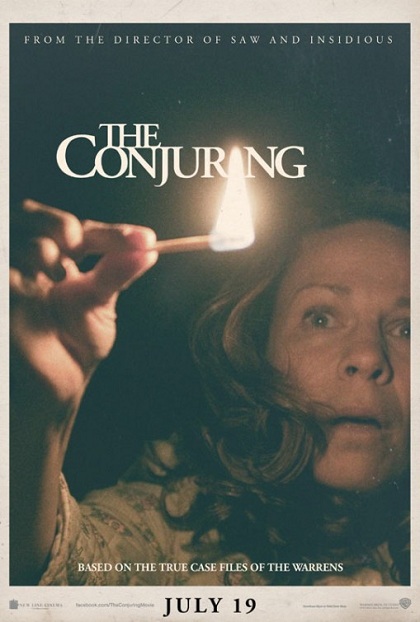 Before there was Amityville, there was Harrisville. Based on a true story, “The Conjuring” tells the horrifying tale of how world-renowned paranormal investigators Ed and Lorraine Warren were called upon to help a family terrorized by a dark presence in a secluded farmhouse. Forced to confront a powerful demonic entity, the Warrens find themselves caught in the most terrifying case of their lives.
In theaters: July 19th, 2013

In the much-anticipated remake of the 1981 cult-hit horror film, five twenty-something friends become holed up in a remote cabin. When they discover a Book of the Dead, they unwittingly summon up dormant demons living in the nearby woods, which possess the youngsters in succession until only one is left intact to fight for survival.
In theaters: April 5th, 2013

Family Weekend follows 16-year-old Emily Smith-Dungy (Olesya Rulin) an incredibly motivated overachiever who has grown increasingly frustrated with her parents’ lack of support and guidance. Her mom, Samantha (Kristin Chenoweth), is a career-focused, no-nonsense, high powered business executive. Her dad, Duncan (Matthew Modine), is a happy go-lucky artist who can’t be bothered to earn a paycheck. When they miss their daughter’s big jump-roping competition, Emily hits her breaking point and takes it upon herself to restore order in the home. With the help of her siblings, they unite and take their parents hostage in hopes to become a “family” again.
In theaters: March 29th, 2013

Tom Cruise stars in Oblivion, an original and groundbreaking cinematic event from the director of TRON: Legacy and the producer of Rise of the Planet of the Apes. On a spectacular future Earth that has evolved beyond recognition, one man’s confrontation with the past will lead him on a journey of redemption and discovery as he battles to save mankind.
In theaters: April 12th, 2013