Here’s a few recently released trailers for this summer… 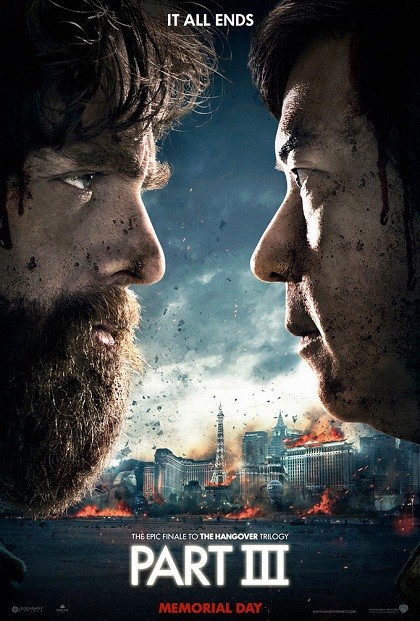 “The Hangover Part III” is the third and final film in director Todd Phillips’ record-shattering comedy franchise. This time, there’s no wedding. No bachelor party. What could go wrong, right? But when the Wolfpack hits the road, all bets are off.
In theaters: May 24th, 2013

Mike Wazowski and James P. Sullivan are an inseparable pair, but that wasn’t always the case. From the moment these two mismatched monsters met they couldn’t stand each other. “Monsters University” unlocks the door to how Mike and Sulley overcame their differences and became the best of friends. Screaming with laughter and fun, “Monsters University” is directed by Dan Scanlon (“Cars,” “Mater and the Ghostlight,” “Tracy”) and produced by Kori Rae (“Up,” “The Incredibles,” “Monsters, Inc.”).
In theaters: June 21st, 2013

Billy (Vince Vaughn) and Nick (Owen Wilson) are salesmen whose careers have been torpedoed by the digital world. Trying to prove they are not obsolete, thet defy the odds by talking their way into a coveted internship at Google, along with a battalion of brillian college students. But, gaining entrance to this utopia is only half the battle. Now they must compete with a group pf the nation’s most elite, tech-savvy geniuses to prove that necessity really is the mother of re-invention.
In theaters: June 7th, 2013

Dude. Im touched just reading this. Awesome stuff. Today IS the day. It is not the day to wait, to wonder, to ponder…it is the day to DO, to MOVE, to CHANGE. Great stuff man. Jack & I r praying for you gustwbre.syerâ€™s last blog post..