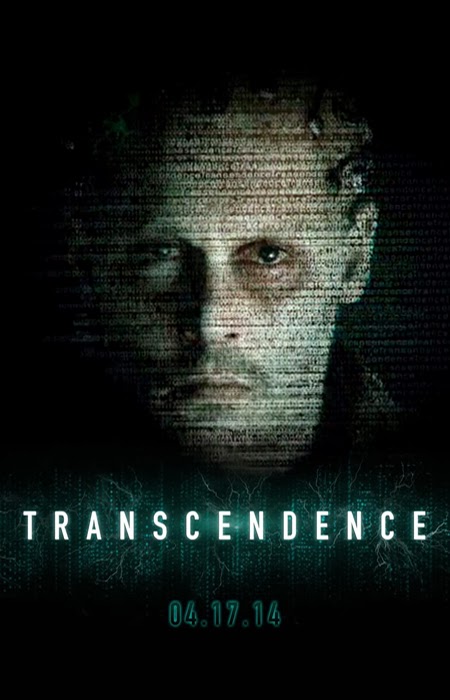 Johnny Depp plays Dr. Will Caster, a scientist / AI researcher. Him and his wife, Evelyn, played by Rebecca Hall are trying to create a machine that can think for itself and be true Artificial Intelligence.

However, there’s an Anti-AI group headed by Zoe Barnes… I mean, Bree played by Kate Mara. They are against Caster and his team furthering this technology. They kill a few people and destroy computers at one of Caster’s labs. Next, they shoot Dr. Caster with a tainted bullet. It doesn’t kill him immediately, but he gets radiation poisoning from it. and has only a few weeks to live.

While all this is going on Lucius Fox and Scarecrow work together. Oh, that wasn’t their names? Joseph Tagger played by Morgan Freeman is part of Dr. Caster’s team; and FBI agent, Donald Buchanan played by Cillian Murphy work together to find out where these ANTI-AI group are and what they’re going to do next. 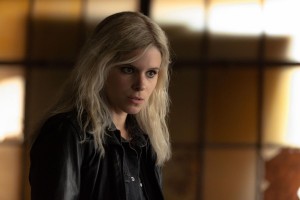 Since Dr. Caster only has weeks to live, why not put further their AI technology by uploading Caster’s brain into a computer. So his wife Evelyn gets the help from Jarvis.. errr.. Max played by Paul Bettany to help make it happen.

So, of course we wouldn’t have a movie if it didn’t work, so Obviously it worked, Caster dies, but he lives on in a computer. Once he his the internet, he’s able to be everywhere. What will an AI / Man Machine type thing do with unlimited power?

I’ve seen several science fiction movies that just drag-on sloooooooowly. Well, this is one of the. Holy crap, this movie has a slow start. And a slow middle, and it speeds up to Neutral around the end. I found myself not caring about any of these characters. I didn’t really care if they lived or died. I found all them uninteresting along with this movie. This really didn’t do it for me. And looking at the early reviews, I think many people agree with me. This is one of those movies, I’d avoid. 1 out of 5 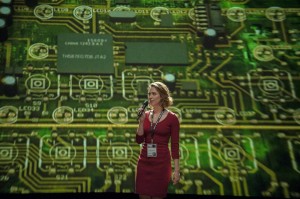 So, once Will becomes a computer / AI thingamabob, He tells his wife to go to a remote place in the desert, Brightwood. Will tells her that they need to build a state of the art data center here. That’s fine and dandy, right? Well, literally in the next scene, there’s trucks moving in solar panels and then you see her in this gigantic data center, 5 stories underground.

There’s only about 1 or 2 people working there. It isn’t until about 20 minutes after showing off the data center you see “2 years later”. I’m confused! Was what I just saw 2 years later or is it 2 years after the data center was built? No one can build something so extravagant that quickly. Hell, Disney has tons of money, tons of resources, engineers, contractors, etc. Yet, they still take over 2 years just to complete a roller coaster. I know it’s a movie, but I guess I just don’t buy it.