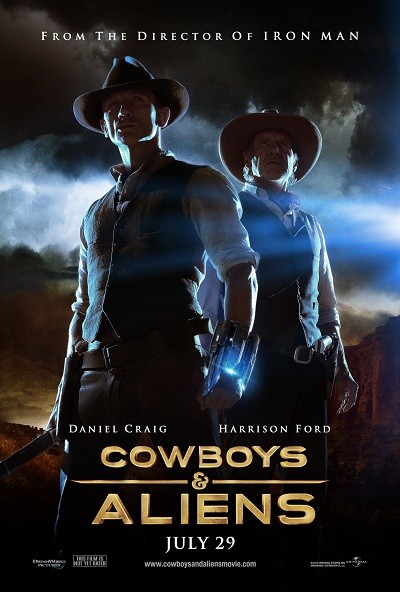 Cowboys & Aliens is loosely based off the comic of the same name. When they wrote the script for the movie, they followed mostly the same concept as the comic, but the story is different. They wanted fans of the comic to be rewarded with a new story instead of the same thing.

The movie starts with Jake (Daniel Craig) waking up in the middle of the desert with no shoes and a strange metal bracelet on his wrist. We soon learn that Jake is a bad-ass. He takes people down like he’s Jason Bourne. When he goes into town, we learn he’s a “wanted” man so he get’s put in jail for stealing the Colonel’s (Harrison Ford) gold. He wants his personal revenge, when strange “demons” start attacking the town from above. The town gathers a group of people to go after the aliens to find their love ones. Excitement pursues… 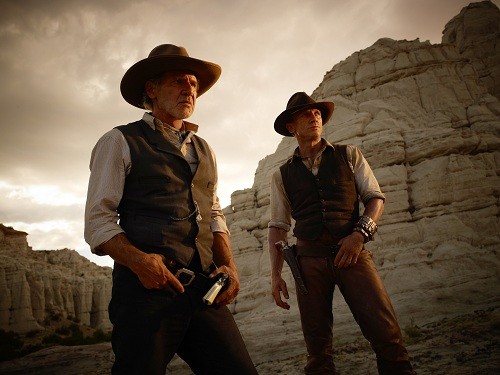 It’s pretty hard to talk about this movie without giving anything away. So, I won’t spoil anything for you. I just want to thank Harrison Ford for doing a real movie, and not another old man in a chick flick. 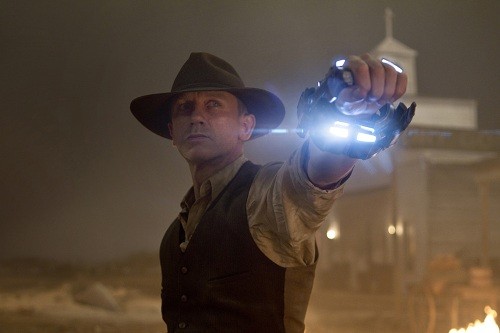 I have to be honest, if someone told me there was a movie named “Cowboys and Aliens”, I would have probably went to see it without needing to see a trailer. Add Zombies to the mix, and I would of camped out in line to see this movie.

All that being said, this movie is awesome! I loved the way the western & science fiction genres were meshed together so nicely. Daniel Craig is the man in this movie. He plays that kind of anti-hero that you gotta love. Like I said before, he’s like Jason Bourne, except with a cowboy hat. Harrison Ford has found his new niche, I want to see him in more westerns. Anyway, this movie is very exciting and totally lives up to the hype. 4 outta 5.