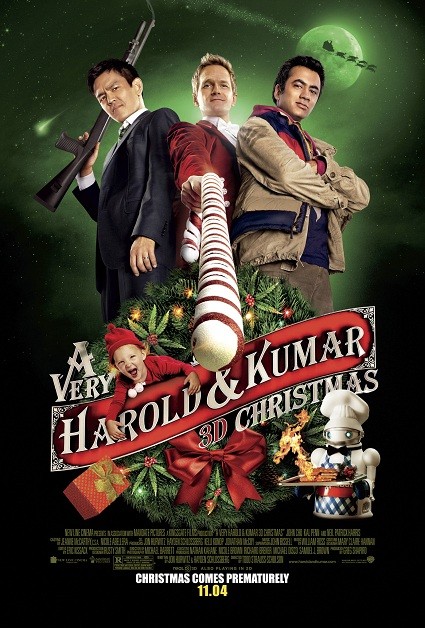 The movie starts out with Kumar (Kal Penn) living in the old apartment, that him & Harold once lived in. Kumar looks like hell, he hasn’t cleaned the apartment or shaved in months. We find he’s couldn’t pass the drug test to get his medical license. Also, he’s smoking more weed than ever because his girlfriend has left him. He’s very depressed.

Harold (John Cho) on the other hand, has a really nice house, great job, & beautiful wife. The only problem is his wife’s family (which consists of about 20 people) is coming over for the weekend. His father in law (Danny Trejo)seems to despise him. When he gets there, he see’s the Christmas tree that Harold has, and basically tells him it’s crap. Only a 12 foot Douglas Fir will do. His father in law just happened to have one that he’s been growing for the past 8 years. Harold agrees to decorate the tree while the rest of the family goes to Midnight Mass.

When Kumar receives a package for Harold has the apartment, he brings it to Harold’s house. They haven’t seen each other in years. Harold invites him in. That’s when the adventure begins. Basically, “something” happens to the tree, and they have to go on an adventure to replace the tree. In their adventure they encounter Russian Mafia, Neil Patrick Harris, WaffleBot, & Santa. 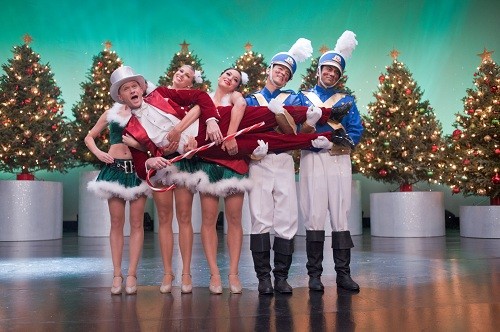 This movie is a great buddy comedy. The whole idea of 3D in a movie like this is ridiculous, but they play off it by giving you the most cheesy 3D effects ever. It kind of reminds me of what Jackass 3D did with the 3D genre. The movie itself is hilarious. If you like the other 2 Harold & Kumar movies, you’ll definitely like this one. Oh, and it’s totally possible to watch the movie without having seen the first 2. You won’t get lost. Neil Patrick Harris plays my favorite role in the movie. He plays a very funny version of himself. I give this 3.5 out of 5.