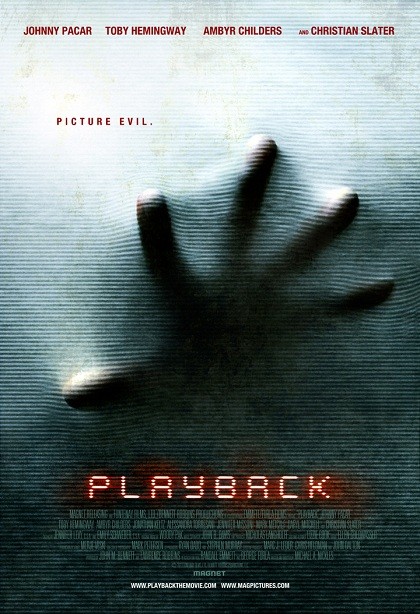 Playback
When a group of high school students dig into their town’s infamous past they unwittingly unlock an Evil that corrupts and destroys them. Possessing its victims through video playback and using them for malevolent purposes, it closes in on one specific soul, threatening to expose the town’s deepest, darkest secret.
In Theaters March 9, 2012

Friends with Kids
Two best friends decide to have a child together while keeping their relationship platonic, so they can avoid the toll kids can take on romantic relationships.
In Theaters March 9, 2012

Finding Nemo 3D
After his son is captured in the Great Barrier Reef and taken to Sydney, a timid clownfish sets out on a journey to bring him home.
In Theaters September 14, 2012