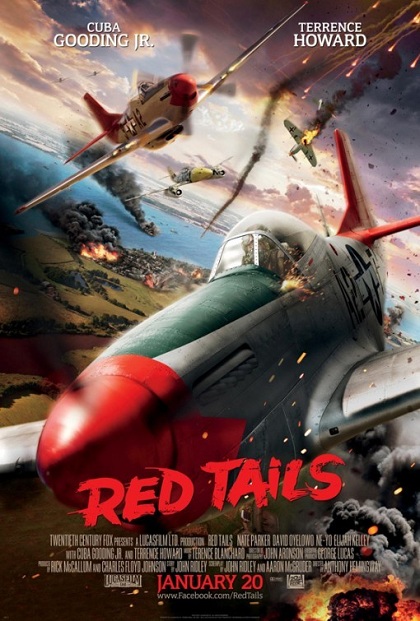 Red Tails is about the Tuskegee Airmen in World War II. Cuba Gooding Jr plays Major Emanuelle Stance who leads a group of pilots. The airmen consisting of Lightning (David Oyelowo), Junior (Tristan Wilds), Smokey (Ne-Yo), Joker (Elijah Kelley), and the rest are underfunded and under appreciated. Since they are African American, they aren’t given a real mission like the white pilots are. Plus, all they’re planes are old hand me downs, which are falling apart. The only “missions” they are given is following a flight path of white pilots about 2-3 days later, after everything has basically been secured. 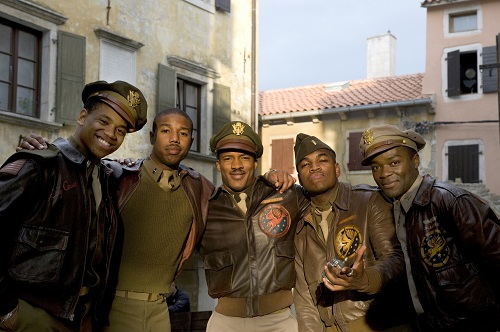 Colonel A.J Bullard (Terrence Howard) who tries to convince the commanding officers to allow airmen to go on a real mission. Finally, they give them a mission (Operation Shingle) to escort some bombers off the coast of Italy. The Germans tried to pull them away from the bombers, but they stood strong, and completed the mission with no casualties. Impressed by this, they were taken more seriously by the white soldiers. They were also given new planes which were painted with red tails.

This is a great part of American History, and it’s unfortunate, that this is a pretty weak movie. The special effects really don’t do justice. It looks totally green-screened. The acting is wonderful, but the script unfortunately needs tweaking to make this a better movie. Don’t get me wrong, it’s a wonderful story to watch, but it could of been a much better movie.

[…] A crew of African American pilots in the Tuskegee training program, having faced segregation while kept mostly on the ground during World War II, are called into duty under the guidance of Col. A.J. Bullard. Film Bacon’s Review […]