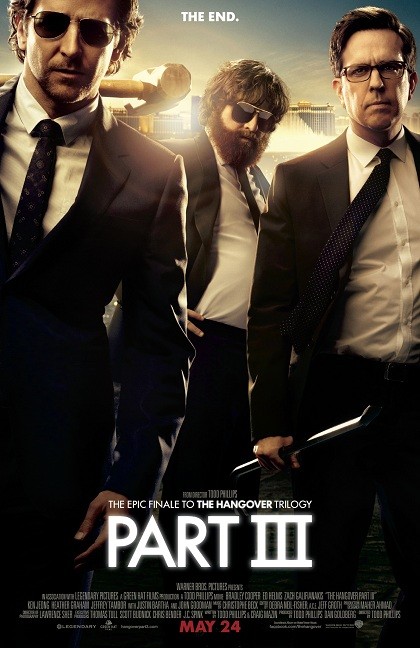 The last time we saw the Wolfpack, they had been drugged again by Alan and lost in Thailand. Stu gets an unfortunate face tattoo, Alan gets a monkey and Chow was sent to prison in Bangkok. 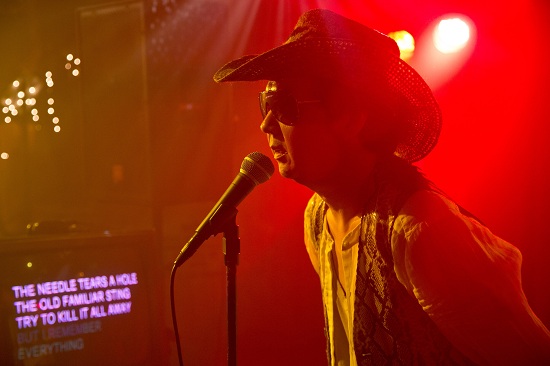 It’s a couple years later, and we see Chow break out of prison. Then, Alan’s father dies. Alan has been acting really crazier than normal lately. He’s been off his meds. So, after the bizarre funeral, they gang decides to have an intervention with Alan. The plan is to drive him to an Rehab center in Arizona to get the help he needs. Sadly, the road trip doesn’t end well. 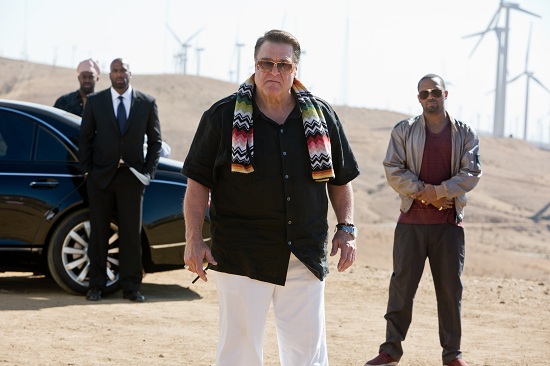 Drug kingpin, Marshall, takes out their car and kidnaps Doug, Alan, Stu, & Phil. Marshall says Chow stole 21 million in gold bars from him. Now he wants it back. Since he knows that the Wolfpack has been “friends” with Chow in the past, they want him to find Chow in 3 days or else Doug will be killed.

Alan is the only one that has had constant contact with Chow. So, they have to find Chow and bring him back to Marshall along with is 21 million in gold bars. Otherwise Doug will be killed. Unfortunately, this takes them back to the place they agreed never to return… Vegas! Will the Wolfpack save their friend?

I was really looking forward to this movie. I along with most people really loved the first Hangover movie. But, when the 2nd one came out and it was more or less a repeat of the original, it wasn’t so well received. This movie is not a repeat of the original, it’s a whole new story. Unfortunately, it falls short in my opinion. Yes, there’s some laughs here. But, I think I laughed more in the first 2 movies than this one. This is just “OK”. There’s nothing special here. I didn’t feel there were and “OMG!” moments like the last one. It’s just average.
3 out of 5

Thanks a lot for providing individuals with an exceptionally remarkable opportunity to read in detail from this blog. It’s always very terrific plus packed with a good time for me and my office acquaintances to visit the blog really three times per week to read through the fresh secrets you have got. Not to mention, I am always contented with your attractive strategies you give. Selected 4 tips on this page are truly the best I’ve ever had.