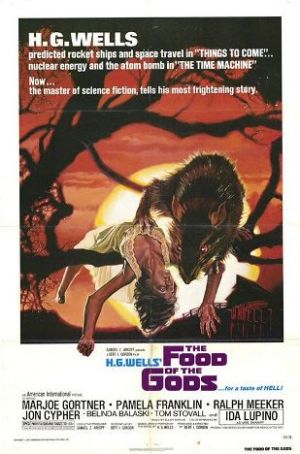 Today we’re looking at “Food of the Gods” from 1976. I actually vaguely remember seeing this movie when I was younger. I didn’t recall much, just that it was some strange movie that had giant rats. It seemed to play all the time on the Sunday afternoon movie. After searching for giant rats in Google, I was sent to a link on YouTube which had the full movie online. 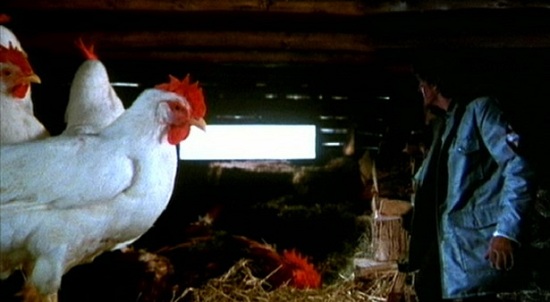 The movies starts with a few football jocks going away for the weekend to an island. They went to ride some horses and shoot their guns. Unfortunately, one of the guys gets stung by a wasp the size of an eagle while chasing after a deer. So, in desperation, one of the Jocks, Morgan, goes running for the nearest house to get some help. Sadly, he runs into a barn full of giant chickens. He’s able to take the rooster down with a pitchfork. 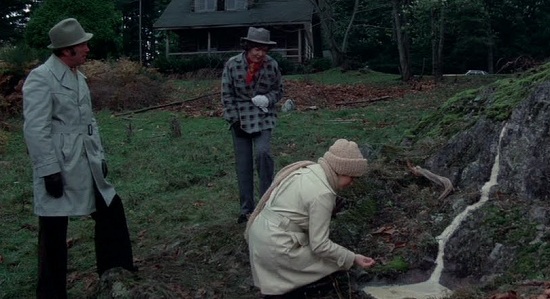 Morgan finally comes among the owner of the farmhouse, Mrs Skinner. She tells Morgan that her and her husband prayed to God to help them with their financial problems. Suddenly, there was a strange “goo” coming from the ground. When mixed with feed corn, the animals would eat it and become insanely huge.

A salesman from the manland, Bensington, comes along to buy all of the “Food of the Gods” from Mrs. Skinner. He just wants to make money off it. Doesn’t really look at the consequences like the huge rats taking over the island. Oh, I didn’t mention the rats? 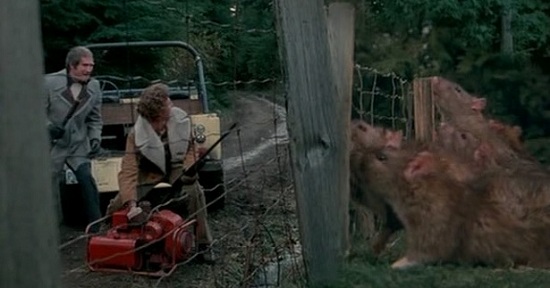 So, the biggest antagonists in this movie are rats that are the size of horses. For some reason, they now crave human flesh. You would think rats would scavenge the normal food they would eat. But, now that they’re big, they’re after all the people in the farmhouse. Will Morgan and the team make their way out of this mess? 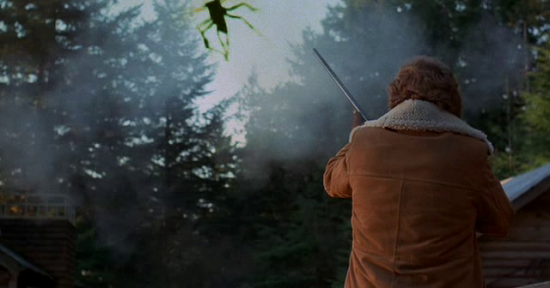 This movie is full of the B-movie charm that was very prevalent in the 60s and 70s. The CGI is pretty bad, but it works for what it is. I mean, it’s big rats! In fact at times you can tell that it’s just a rat climbing on a dollhouse or a toy car. But, those bad effects are what make this a must see for all you B-movie fans. For this genre, I would say it’s worth 3 strips of bacon.