For those of you that don’t know me, I’m a huge fan of Nolan‘s Batman universe. “Batman Begins” was the perfect Batman movie until “The Dark Knight” came out. I am just super pumped for the ending to the trilogy, “The Dark Knight Rises” (TDKR) which comes out next year. Well, the viral videos have already started, and all it does is get me more excited. 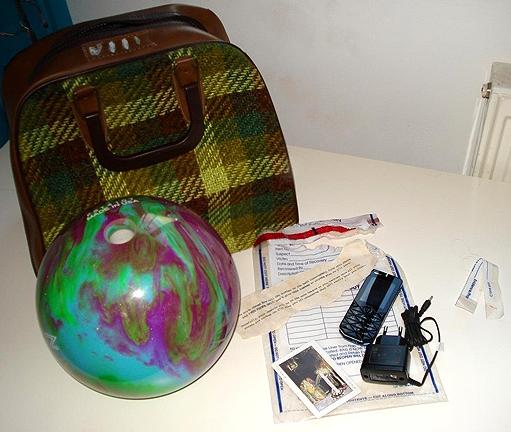 Months before “The Dark Knight” came out, a viral campaign and an Alternate Reality Game (ARG). There were several clues spread among the internet directing towards secret websites. There were several times where you would have to go to a secret location to pick up a package. Once they had some coordinates online with some numbers. It ended up being Bowling Alleys across the world. If you went to one of the bowling alleys, found the secret locker and combination, you’d find a bowling bag. Inside the bowling bag was a green-and-purple bowling ball and evidence bag. The clown name and a phone number are engraved onto the ball. The evidence bag contains a cell phone, charger, Joker card, and a message from the Joker instructing the participant to call the phone number on the ball to complete the task. 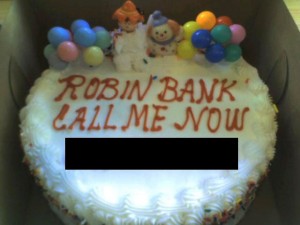 Another time led you to a bakery. At the Bakery you had to pick up a package for someone named “Robin Bank”. The cake had a secret number written on it. When you called the number, a phone rang from inside the cake! You can follow the whole Original game at this site. 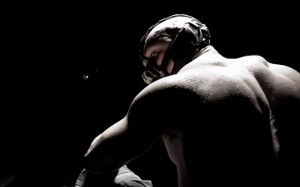 I’m assuming they will have a very similar game going for “The Dark Knight Rises”. The have recently released an image of what Tom Hardy looks like as Bane. They also started their viral video campaign..

That is one of the first videos.. with a hidden facebook page in the video, which you can click here to go to the facebook page. There’s nothing on the facebook page yet, but I’m sure if you “like” it, you’ll get some updates. If you go to the youtube channel, you can also see the rest of the viral videos. enjoy!

My husband and i were so contented that Ervin managed to carry out his preliminary research through the precious recommendations he discovered while using the web pages. It’s not at all simplistic to simply always be offering helpful tips which often men and women might have been trying to sell. Therefore we do understand we need the website owner to be grateful to because of that. The main explanations you’ve made, the simple web site navigation, the friendships you will make it easier to instill – it’s got most exceptional, and it’s really facilitating our son in addition to us do think this topic is exciting, and that’s really indispensable. Thank you for the whole lot!

I precisely wanted to say thanks yet again. I am not sure the things that I might have accomplished without the solutions documented by you directly on this area of interest. Certainly was a depressing situation for me personally, nevertheless discovering the expert approach you dealt with that made me to weep for contentment. Now i’m happier for the assistance and in addition sincerely hope you are aware of a great job your are undertaking training most people with the aid of your web blog. I am sure you haven’t encountered all of us.