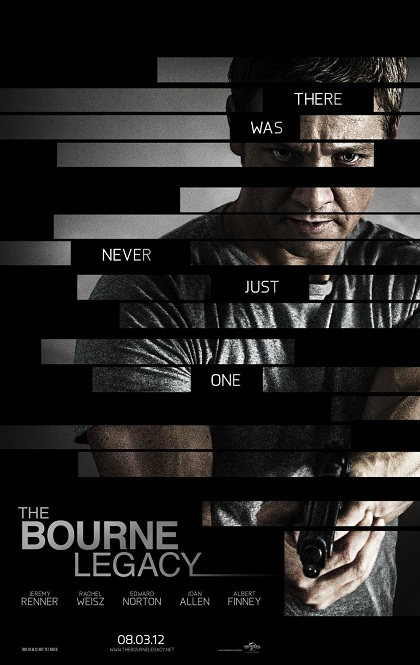 The narrative architect behind the Bourne film series, Tony Gilroy, takes the helm in the next chapter of the hugely popular espionage franchise that has earned almost $1 billion at the global box office: The Bourne Legacy. The writer/director expands the Bourne universe created by Robert Ludlum with an original story that introduces us to a new hero (Jeremy Renner) whose life-or-death stakes have been triggered by the events of the first three films.
In theaters: August 3rd, 2012

For the Love of Money

Spanning over two decades, “For the Love of Money” follows the true account of an Israeli immigrant searching for his piece of the American dream.
In theaters: June 8th, 2012

A gripping thriller straight out of real life, THE IMPOSTER is an original film experience that walks the razor’s edge between true-crime documentary and stylish noir mystery. The twisting, turning tale begins with an unsettling disappearance–that of Nicholas Barclay, a 13 year-old Texas boy who vanishes without a trace. Three and a half years later, staggering news arrives: the boy has been found, thousands of miles from home in Spain, saying he survived a mind-boggling ordeal of kidnap and torture by shadowy captors. His family is ecstatic to have him back no matter how strange the circumstances–but things become far stranger once he returns to Texas. Though the family accepts him, suspicion surrounds the person who claims to be Nicholas. How could the Barclay’s blonde, blue-eyed son have returned with darker skin and eyes? How could his personality and even accent have changed so profoundly? Why does the family not seem to notice the glaring differences? And if this person who has arrived in Texas isn’t the Barclay’s missing child… who on earth is he?
In theaters: July 13th, 2012

– Oh My Goodness, I literally get goose bumps and tear up every time I look at these pictures. Their love and joy just sparkles and I am so blessed to have been a part of that day!! Truly a great wedding!

Gloria Taracena – Absolutely gorgeous!! Congratulations Winston and Jennifer! Wishing you all the happiness in the world and remember to treasure all beautiful moments together.April 21, 2010 – 12:57 pm

Hi Anthony,I wish I could give you a definitive date range, but that’s impossible. We will be publishing an article in the near future that will evaluate the recent domestic and international events that should help us to better guesstimate the timeline of the upcoming economic collapse. Please stay tuned and make sure you subscribe to the article notification list. Thank you Anthony!