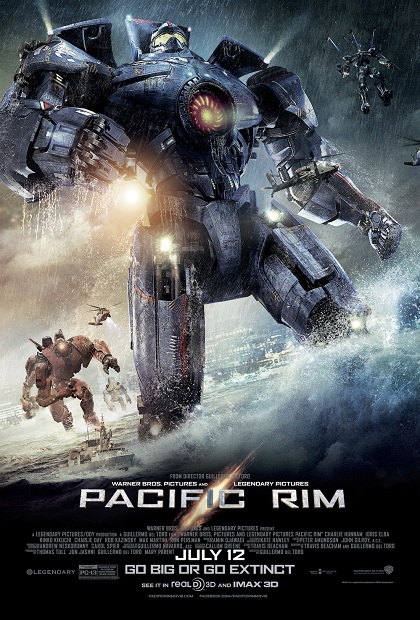 Here’s my take on how this movie got made:

Somewhere in an office in Hollywood:
Writer #1: We need a summer blockbuster, but can’t get the rights for Voltron, Godzilla, or Transformers.
Writer #2: Well, we don’t exactly need licensing for those products. We can just rip out the parts that we like. And change it enough, so we can’t be sued.
Writer #1: Do you remember that episode of Duck Tales where Gyro built the huge construction robots?
Writer #2: Oh yeah! And the Beagle Boys stole the robots to rob banks and wreak havok? That was awesome.
Writer #1: Throw in some huge monsters, and I think we have our idea!
Movie Studio Exec: Here’s a ton of money, get to work on this! 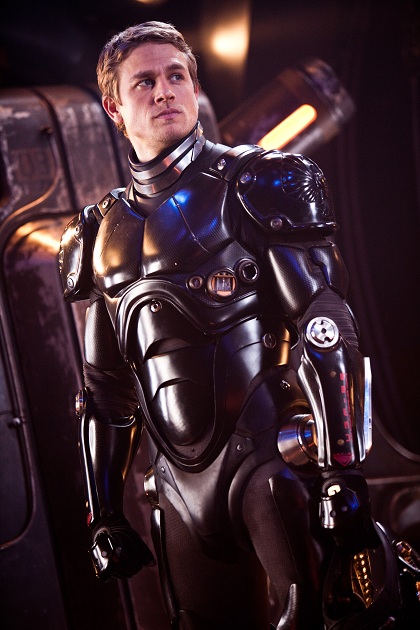 Anyway, joking aside, this movie can be described by many previous properties. Large alien monsters called Kaiju have started coming to earth through a portal at the bottom of the Pacific Ocean. They start attacking coast line cities like San Francisco. About every 2 weeks or so another Kaiju comes to attack a city. In order to combat these, a new military program was created. Gigantic Robots called Jaegers were built. Two people have to pilot the Jaegers at the same time. The 2 pilots get linked together and are able to see each others memories. One pilot uses their right hemisphere of their brain, the other uses their left. 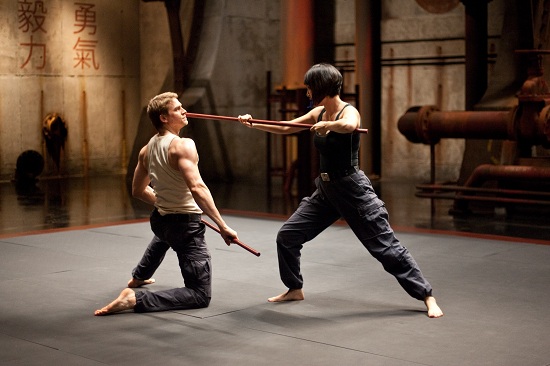 Our story takes us to the end of the Jaeger program. It appears that the Kaiju are getting stronger and destroying the Jaegers. The thought is to build incredibly large walls around the coast to protect against the Kaiju. Unfortunately, the Kiju rip through the wall easily. It looks they still the Jaegers, unfortunately, the program has been moved to Hong Kong, and there’s only 4 of them left. With Kaiju’s coming stronger and more often, will they be able to stop these giant beasts with the giant robots? 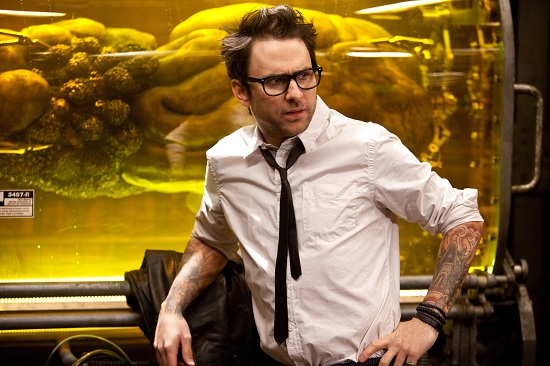 This movie is straight forward Monsters vs. Robots. I really thought the best part of this was Charlie Day, who played a hyper & eccentric scientist. There are many parts of this movie where you’re disoriented and can’t figure out who’s punching who. It’s like a little kid mashing his toys together. Sadly, this isn’t as big of a win as many geeks think it’s going to be. If you want to see Robots fighting Monsters, and really not much else, you’ll enjoy this. Lots of action, with very little plot. But, it is better than you’re average Transformers movie. 3 out of 5.

If not for your writing this topic could be very coeovlutnd and oblique.