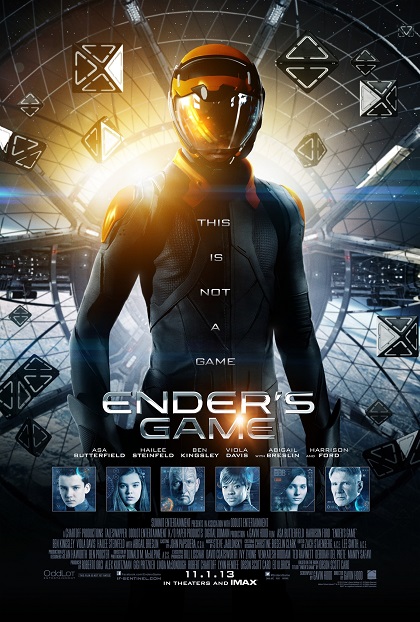 In the year 2154, it’s the aftermath of an alien invasion. Fifty years ago, aliens attacked Earth. Fortunately, one brave pilot, Mazer Rackham (Ben Kingsley) was able to find a way to take all the alien spacecraft down. He instantly became a hero and the military knew it needed to be better prepared for a future invasion.

Now the military has realized that children are better at making tactical decisions than adults are. They are quick to respond and not clouded by emotion. So, the military start recruiting children.

They are able to watch the children in school to see how they interact. They also have them playing some sort of video game to learn if they are qualified or not. One of these children, Ender, excels across the board and is quickly brought on as a new recruit on a space station. 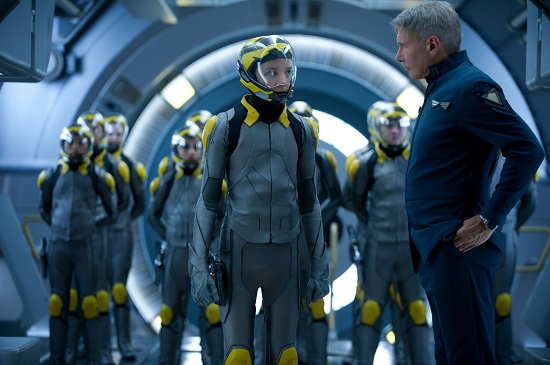 After learning new maneuvers and training his skillset, Colonel Graff (Harrison Ford) believes he may be the next Rackham. Will they be able to stop the aliens before the attack again? 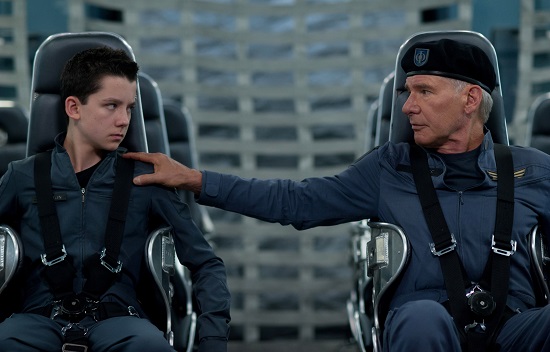 I’m actually kind of glad I didn’t read this book. I’m sure it’s a great book, but it saved me from a lot of spoilers. There’s a few things that happen in this movie that I didn’t see coming. I actually thought this was a pretty good sci-fi movie, and worth a watch. 4 / 5