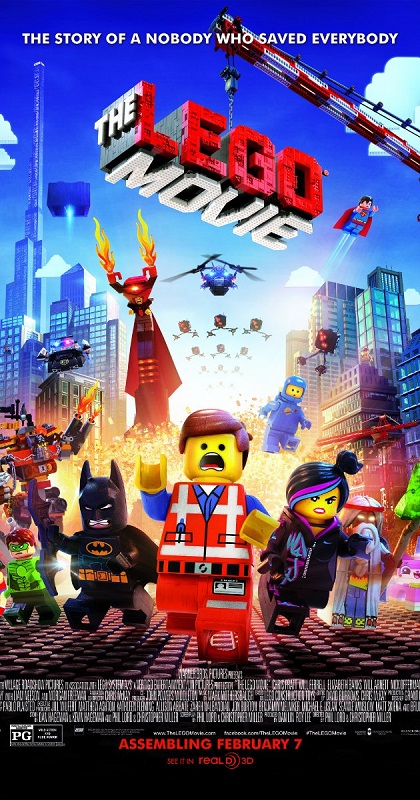 The popularity of Legos astounds me. I remember playing with them as a kid, but I’m surprised that they’ve managed to stay relevant. I would say a lot of it has to be from the popularity of the “Lego” branded video games. Lets run down the list, Lego Star Wars, Lego Rock Band, Lego Batman, Lego Indiana Jones, Lego Harry Potter, Lego Marvel Super Heroes, and so on and so on.

This movie is a great representation of the whole lego franchise. I say this, because every character you could ever think of is in this. Well, they one’s licensed by Warner Brothers. You won’t see any Marvel Characters in here, but you see all the DC characters. 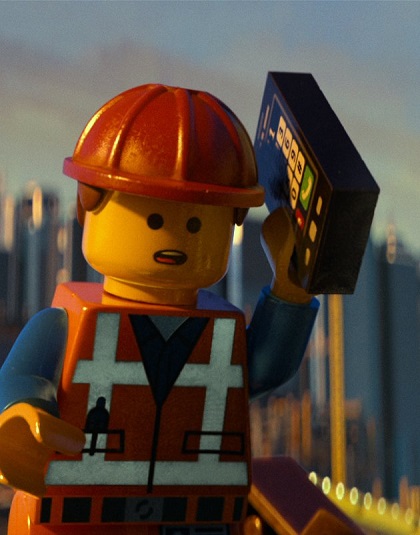 Eight years later we join up with Average guy, Emmet Brickowoski. Emmet follows the instructions as the President states that every individual should do. The instructions have him do simple tasks everyday; buy a coffee, greet a fellow person, go to your job, repeat, etc. He works as a construction worker building things the President instructs them to build. However, he is mostly unnoticed by the rest of the people. 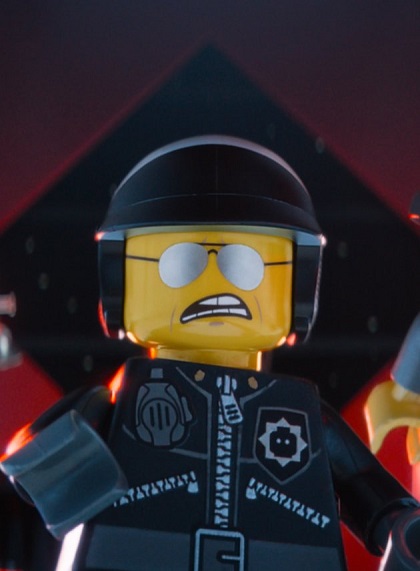 One day when leaving work, he notices a strange person hanging out in the construction zone. He ends up following her. In doing this he falls down a hole and passes out. He wakes up with a “special piece” fused to his back. At this point, Vitruvius approaches him and tells him he’s the special one. 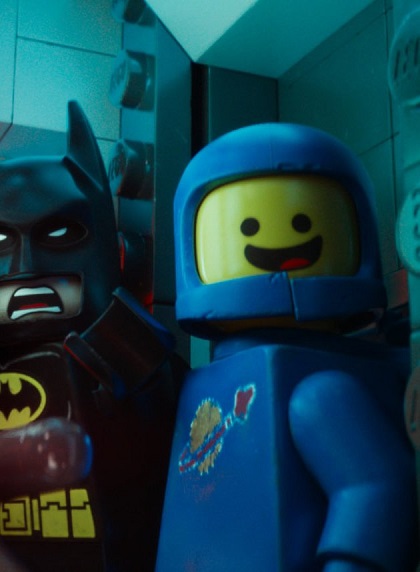 Vitruvius introduces him to all the master builders. They include Batman, Superman, The Ninja Turtles, Abraham Lincoln, 80’s Space Cadet, etc. Emmet is now the special one to restore order to everyone and stop the President from his master plan. Will Emmet be able to handle this challenge?

Simply said, this movie is awesome. It really divides the people who follow the directions building their legos and those who use their imaginations. It’s a nice feel good movie that you can enjoy with your kids. Also, there’s an annoying, yet catchy song called “Everything is Awesome”. It will be stuck in your head for the next week after seeing this movie. Good luck getting it out. HA! Anyway, this is definitely worth checking out. 4.5 / 5

How could any of this be better stated? It colt’ndu.